Seattle Protest, Counter Protest Gets Violent But Most Media Ignores It 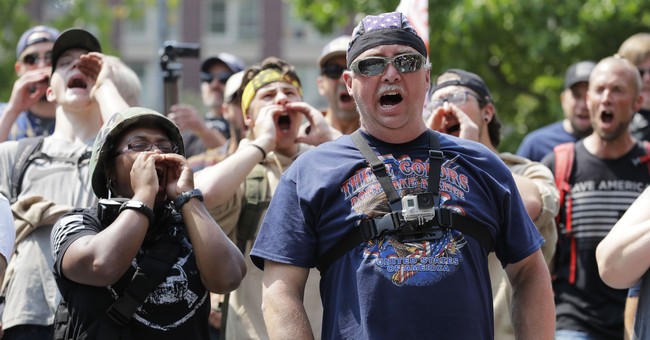 In Seattle, Washington over the weekend, pro-gun activists look to protest a proposed measure that would severely impact the rights of ordinary citizens to keep and bear arms. We’ve written about the measure here previously, and it’s been pretty up and down on the topic.

However, a couple of groups decided that it was time to let their voices be heard. Patriot Prayer and the Washington 3 Percenters took to the streets in accordance with the law and let people know what they think.

In true 2018 fashion, however, the other side couldn’t allow that and tried to shut it down.

Conservative groups Washington 3 Percenters and Patriot Prayer held their “Liberty or Death” rally outside Seattle City Hall, to oppose a city gun-control initiative, while a group of left-wing organizations rallied nearby.

The left-wingers — including members of Organized Workers for Labor Solidarity, Radical Women and the Freedom Socialist Party — yelled and used cow bells and sirens in an attempt to drown out speeches from the other side.

One person on the gun-rights side, sporting a Donald Trump hat, was treated for an injury at the scene. A police spokesman told the Seattle Times that a total of three men were arrested for misdemeanor assault.

As tensions mounted, additional police arrived, including some in riot gear. Bicycle officers lined up their bikes as a type of moving barrier to keep protesters from entering the street.

In other words, we have yet another case of assault from the left against their ideological opponents. Funny that, ain’t it?

However, over at left-wing site Think Progress, they had a very different take on what happened. They don’t mention the assault at all, for example. It simply never happened.

Instead, they felt it pertinent to mention Patriot Prayer founder Joey Gibson’s failed political campaign and tried to link the protest in Washington with one:

Seattle’s dueling rallies echoed a similar conflict that played out in Boston the same day. There, hundreds of anti-racism protesters confronted a small right-wing rally organized by groups with ties to white supremacist groups.

Of course, this is an obvious attempt to paint gun rights activists as white supremacists. Of course, their link goes to a Think Progress post that is awfully devoid of actual racist quotes or anything that proves their accusation. I don’t know, maybe it was a bunch of racists, but I kind of doubt it at this point, mostly because they’re screaming about racism.

Regardless, though, this is an attempt by the leftist media to try and smooth over the left-wing violence that happened and pretend to be on the side of the angels.

The mainstream media, on the other hand, pretended that the event didn’t even happen. There’s no mention of it at all.

In and of itself, that’s fine. I mean a simple protest in a single city doesn’t often make the news. Then again, Seattle is a major city and I can’t help but think that an anti-gun protest would have gotten a mention. Yet this one didn’t, this despite an actual act of violence taking place. Is this now so common that it doesn’t warrant national news attention?

I don’t think so.

Instead, what I see happening is nothing but the mainstream media pretending it didn’t happen so they don’t have to go into the contortions that Think Progress did in reporting on the incident. They can feign ignorance that a pro-gun activist was assault during a protest by left-wing morons.

But we know. We know and we remember.