Parkland Report Finds School Had Plenty Of Warning, Might Have Prevented Attack 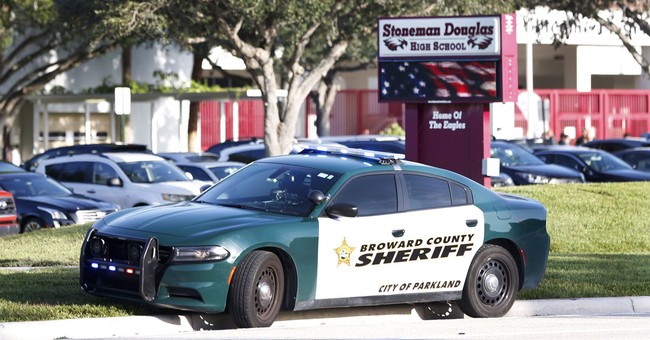 I’ve said it before. Schools have a rough time of things most days. The folks at Marjory Stoneman Douglas High School are no different than school staff anywhere else in the country. I’m sure they’re mostly dedicated, caring teachers who want to help students develop their true potential.

However, it seems that in the wake of the Parkland massacre, we’ve learned about all kinds of ways of people dropping the ball. Now, it seems that there was yet another way the school could and probably should have stopped the killer’s rampage well before it even got planned.

So basically, they knew that Cruz was a threat as early as late September 2016.  He had suicidal tendencies and was aggressive.  The actions taken were less than illustrious, but this one takes the cake IMHO:

During interviews with school staff it was reported that the Henderson YES team determined commitment under the Baker Act was not warranted and that the SRO did not pursue it under his law enforcement authority. Staff also reported that a daily monitoring meeting with a school resource officer was implemented, and the student was no longer allowed to bring a backpack to school. Instead, he maintained a folder in each classroom and used a single folder to transport from back and forth from school to home.

Here is one of those many moments that could have made the difference.  This is a kid with over a decade of mental issues and the last couple of years, it had degenerated into violence. One simple commitment under Baker Act and he would have become a Prohibited Person and thus, unable to buy the rifle at the gun store.

And the answer as to why nobody, specially in the Media is talking about this report is that this is an election year and the same Broward politicians that brought us this massacre are for re-election and the Local Media is hush about it less they mess with their campaigns.

Especially about how, with a Baker Act admission on his record, he wouldn’t have been able to purchase the AR-15 he used to commit this atrocity. In other words, they had the power to have prevented this act, yet they didn’t.

But this is the NRA’s fault because, why?

Oh, right. The NRA defends the rights of ordinary Americans to keep and bear arms and isn’t in favor of gun control that would completely interfere with those rights, especially based on the improbable claim that somehow banning a certain category of rifle would prevent these shootings. Who cares if other shootings happened where the death toll was still high but an AR-15 wasn’t in the picture?

And, honestly, that’s what pisses me off so badly about it. They dropped the ball directly and repeatedly, but they want to blame the NRA and its millions of members. This shows yet again that they could have stopped it, but didn’t.

Ohio bill would protect 2A rights during riots, other states of emergency
Dec 02, 2022

Liberal Reporter Has a Spot-on Take About How the Media Will React to the 'Twitter Files'
Townhall
Elon Musk reportedly gave Bari Weiss access to the #TwitterFiles Saturday
Twitchy
Elon Musk Adds Bari Weiss to the 'Twitter Files' Team, Which is Sure to Cause Mass Consternation
Redstate
We Can Reasonably Blame Former Twitter Executives' Censorship for at Least Five Major Consequences
PJ Media