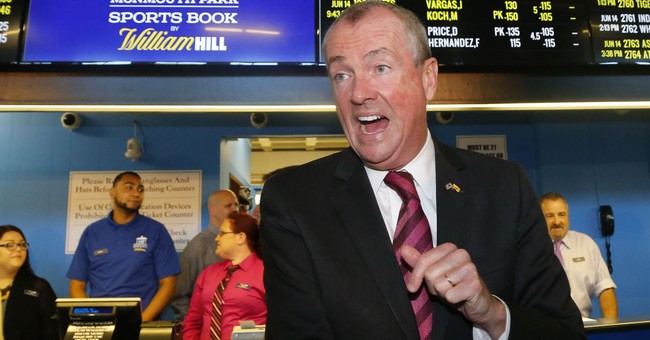 In New Jersey, police departments are required to trace the origins of any guns recovered in crimes. Of course, that data is useless after a point. For example, if someone buys a gun in a gun store in Florida, then moves to Texas and sells to someone in a face-to-face transfer, the gun tracing data is useless. Not only has it legally crossed state lines, but it was sold legally in a way that creates no paperwork. These sales can happen a lot, too, so the gun can end up in New Jersey in any number of ways.

But, they have to do it.

However, they’ve never had to do anything particular with the data. Until now, that is.

Gov. Phil Murphy has repeatedly vowed to make New Jersey a national model for gun control. On Wednesday, the Democrat’s administration took his latest step in that crusade.

Murphy’s state attorney general Gurbir Grewal, announced it is now mandatory for all state and local law enforcement agencies in New Jersey to share information about who manufactured, sold, and purchased guns used in crimes committed in the Garden State.

Grewal said while firearms crimes are down in the state compared to this time last year, firearms trafficking “remains a major problem.

“And the directive gives us a new, strong tool to fight it,” he added in a statement.

Law enforcement agencies across New Jersey were already required to trace all guns recovered from crimes committed in the state. But this is the first time they are required to share the results with one another for guns that were sold in other states.

New Jersey has some of the strictest gun laws in the nation and one of the country’s lowest gun mortality rates. But Murphy has repeatedly cited how the majority of gun deaths in the state involved a firearm that came from out of state.

This directive requires agencies to share information regarding the manufacturer, importer, dealer, and the first purchase for such crimes. That will allow the State Police to identify any patterns and identify those who have unlawfully sold or bought the guns, according to the attorney general’s office.

Of course, as I’ve already illustrated, that’s pretty much impossible.

Oh, they might catch a few people doing such illegally, but it won’t take much before the crooks wise up and start adjusting their procedures so that they don’t get caught.

In other words, this directive is a waste of resources.

I get that Murphy wants to stop gun trafficking into his state, but he’s got a problem. That problem is that people have a right to keep and bear arms, and that means the government doesn’t deserve a say in the purchase of firearms. They have a say, and I tend to respect the law and think those who don’t deserve the prison sentences they get. That said, it shouldn’t be that way.

However, Murphy is soon going to find out just how little this data will do to combat anything. Criminals will skirt around it and not get caught, all while Murphy and his number crunchers spend taxpayer dollars on the law enforcement equivalent to tilting at windmills.

Bill Maher Notices Something Odd About These Transgender Kids
Townhall
Noam Blum OWNS Nina Jankowicz in back and forth after she ADMITS she just wanted to control domestic 'disinformation'
Twitchy
Biden Brags About 'Operation Fly Formula,' Gets Destroyed by Reality in Our 'Shot & Chaser of the Day'
Redstate
Sussmann Trial Week 2: It Was Hillary, In the Back Room, With the Chardonnay Bottle
PJ Media