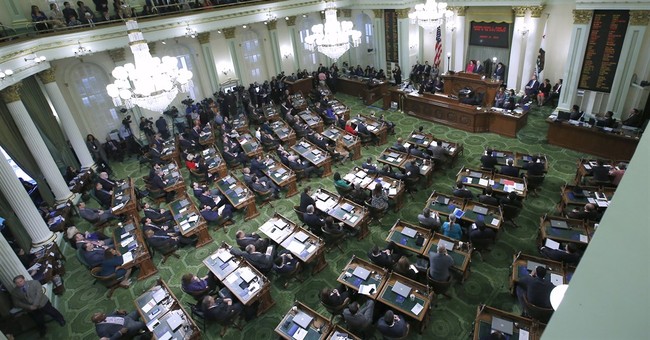 I’ve joked before that the state of California has never met a gun control bill it didn’t like. Frankly, I’m sure I’m not the only one who thinks that. However, it does seem the state can trip over itself to pass new gun laws. I know, I was shocked too.

There are a number of anti-gun bills in the legislature that will either be addressed in the next week or will die.

Here are five gun bills to watch before lawmakers adjourn on Aug. 31.

▪ SB 1100, by Portantino, raises the age to purchase all legal firearms from 18 to 21. Californians are already barred form purchasing handguns until age 21.

▪ AB 1968 by Assemblyman Evan Low, D-Campbell, establishes a lifetime ban on gun ownership for anyone who is involuntarily admitted to a facility for a mental health disorder, and considered a danger to themselves or others, more than once in a year.

▪ AB 2888, introduced by Assemblyman Phil Ting, D-San Francisco, allows co-workers, employers, high schools and colleges to request a gun violence restraining order against employees or students who attended in the last six months. Currently only family members and law enforcement can pursue a gun violence restraining order against someone. If granted, the individual’s guns would be temporarily seized and they would be banned from purchasing new firearms.

▪ AB 3129 by Assemblywoman Blanca Rubio, D-Baldwin Park, creates a lifetime ban on gun ownership for anyone convicted of misdemeanor domestic violence. The bill applies only to convictions on or after Jan. 1, 2019, and is not retroactive to prior misdemeanor offenses.

Governor Jerry Brown vetoed a similar bill to SB 1177 in 2016, arguing that it placed an undue burden on people trying to sell guns they no longer needed. There’s no speculation as to whether he would do the same this time around, but I don’t see any reason why he wouldn’t except, well, he’s the governor of California.

Oddly enough, the ACLU has come out in opposition to AB 1968. In a letter, they wrote, “This bill stigmatizes people with a history of mental health issues, and perpetuates the harmful and false stereotype that such people are inherently violent and dangerous.” Don’t get excited, though. They’re not changing their anti-gun stripes by any stretch of the imagination. They still refuse to oppose any of the other bills and their infringement on civil liberty.

I suspect most, if not all of these bills will be voted on in the next week so they don’t die on the vine, so to speak. If not, they’ll be back next session and will likely get a look then.

However, it’s encouraging that these haven’t passed in California. You know, a state where gun control is a way of life, and yet these bills haven’t flown through.

Maybe it’s a sign that even in anti-gun states, the pendulum has already swung back on gun control and gun rights.

Critics Notice Something Unusual in Video of Prisoner Exchange That Freed Griner
Townhall
DAMNING thread takes former head of Twitter Trust & Safety Yoel Roth APART tweet by tweet
Twitchy
Rising Republican Star Has a Plan for 2024 GOP Comeback and the Party Would Be Wise to Follow Her Lead
Redstate
UKRAINE WAR: Putin Is Ready for a Long War, But Is Russia?
PJ Media