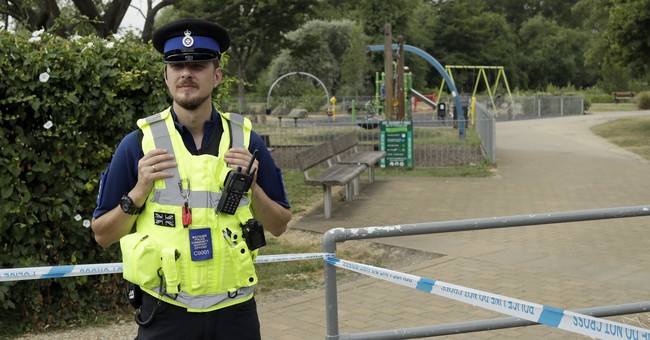 It seems that despite the strict gun control policies in the United Kingdom, criminals are still getting guns. In fact, police recently uncovered an illicit gun factory.

A large-scale illegal gun factory has been discovered on a Sussex industrial estate, the National Crime Agency has announced.

Investigators responded to what was believed to be gunshots coming from inside what the NCA called a warehouse unit describing itself as a gearbox repair business on an industrial estate in Hailsham, East Sussex.

Officers raided the building on Saturday night and found what they believe to be a “sophisticated” operation producing guns, of which the NCA has subsequently seized around 30.

Three men found leaving the building were arrested and police had to use a Taser on one of them, an NCA spokesman said.

On the weekend, two guns were found as well as ammunition, but further searches uncovered the true magnitude of the factory.

Rob Hickinbottom, head of the national firearms threat centre at the NCA, said on Wednesday afternoon: “We believe we have disrupted a group involved in the criminal production of firearms, and as a result we have prevented a potentially large quantity of weapons from getting into the hands of criminals and being used in violence on our streets.”

The NCA and Sussex Police officers have remained at Diplocks Way, combing the industrial estate for more evidence.

Mr Hickinbottom added: “That search has taken several days, but during that time we have found what we believe to be a sophisticated gun factory.

“We have found a range of machinery and components used in the criminal manufacture of firearms and ammunition from scratch.

Nope, can’t be. Must be a mistake.

I have it on good authority that gun control works, which means criminals don’t get guns. As such, this has to be a major mistake.

It’s either that or proof that what we’ve been saying about gun control–that criminals do not obey gun laws and will still get guns despite restrictions–is completely true.

Guns aren’t exactly cutting edge technology. One of the most popular pistols today is still the century-old 1911 design. Many other firearms are based on that design and technology. It’s not difficult for someone knowledgeable in machining to build firearms from scratch. Ammunition is probably a little trickier, but as the technology is just as old in most cases, not impossible to replicate.

For all the fear over 3D-printing, these kinds of operations are probably more likely to crank out useable guns than a printer will for the foreseeable future.

Again, we see that criminals will find a way to arm themselves. All gun control laws do is disarm the law-abiding. If you want to stop violence, you have to go deeper than trying to remove the weapons they use. You need to understand the motivations behind the violence and combat it at that level. Once you do that, gun control is a different kind of pointless.

You’ll never eliminate violence, but you can minimize it. What you can’t do is stop it with gun control laws, and this is proof.