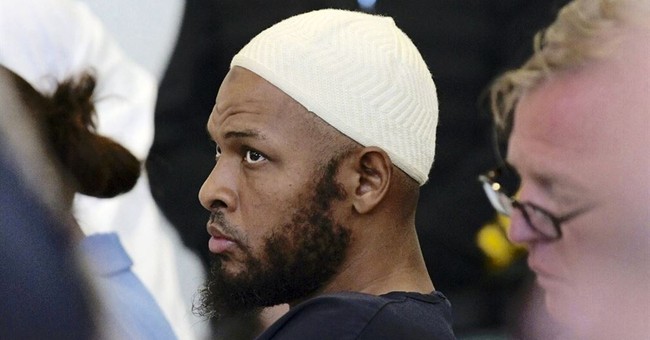 The terrorist camp in New Mexico seems to have mostly dropped off the media’s radar, as Islamic extremists training to slaughter Americans from within our borders isn’t particularly newsworthy to them. They reported it, but then seemed uninterested in following up on the story where a radical Muslim was training children to carry out a mass shooting in the name of Islam. Thwarted plans aren’t as interesting as those that get carried out, apparently.

However, there’s still information to learn about this, such as how we now know what the target supposedly was.

A handwritten document titled “Phases of a Terrorist Attack.” Talk of confronting and attacking “corrupt” institutions, including Atlanta’s Grady Memorial Hospital. Jokes about dying in jihad. An underground stash of weapons and ammunition.

New court documents revealed these and other details in the case against five adults who lived in squalor with 11 starving children in a ramshackle New Mexico compound.

In a case infused with allegations of abuse and terrorism, prosecutors this week asked a judge to reconsider an order granting bond to all five adults arrested at the compound.

As part of the request, prosecutors on Friday cited not only the death of three-year-old Abdul-Ghani Wahhaj at the remote site but also plans by the defendants to attack law enforcement and “specific targets such as teachers, schools, banks and other ‘corrupt’ institutions.”

And yet this is getting remarkably little play in the media, all things considered.

Folks, terrorism is a real threat, and the problem with terrorism versus other enemies is just how easily we can have terrorists within our own borders. Ideologically-driven enemies are more difficult to counter than nationalistically-driven enemies for the simple fact that ideology can develop and fester anywhere that people can be exposed to it. You can have your own people become your enemies.

Yet, because they’re in this country already, it’s impossible to keep them out.

Luckily, authorities were able to stop this camp. It remains to be seen how effective any of these plans would have been if they’d been acted upon, but it’s likely that at least some might have been injured or killed. This is a good thing.

The scary thing is, how many other such camps might exist in this country where we know nothing about them?

Sounds like the best thing any of us can do is keep our guns close and a wary eye out. The possibility of there being more like this, only more competently run, exists.

Meanwhile, I can’t help but think that the media really should be devoting a lot more time to discussing this. But they won’t.