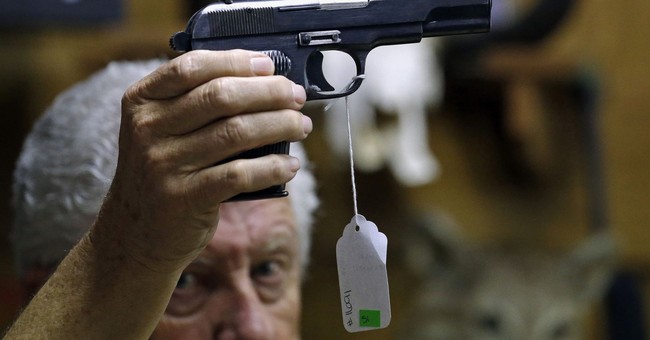 Vermont recently enacted a whole slew of new gun laws in the wake of the Parkland massacre. It was a shocking move from a rather pro-gun state that became a gun control haven essentially overnight.

Now, a gun rights group in the state is challenging the new laws.

The lawsuit, filed in Windham County Superior Court last week by the 7,000-member Gun Owners of Vermont, goes after a package of new regulations signed by Gov. Phil Scott into law earlier this year.

The filing argues the “knee-jerk” legislation was not needed for public safety, saying that Vermont has had few laws curtailing firearm possession, low crime, and a strong gun rights tradition going back to the Revolutionary War.

“The burden when you’re taking somebody’s fundamental rights away is on the government to show why that should happen, and really not on the people to show why they get to keep their rights” Michael Shane, a lawyer for the pro-gun group, told Vermont Public Radio.

A big target in the challenge is the new law raising the age to buy guns in Vermont to 21. While the law allows for adults 18-to-20 to purchase rifles and shotguns if they have had military or law enforcement training or have passed a hunter’s education course, those violating the new mandate face up to a year in prison. “This requirement serves no legitimate government interest,” says the filing.

A separate lawsuit is challenging the state’s ban on so-called high capacity magazines.

I want to take a moment to highlight one particular quote. It’s similar to something I’ve repeated time and time, and not just about the Second Amendment.

“The burden when you’re taking somebody’s fundamental rights away is on the government to show why that should happen, and really not on the people to show why they get to keep their rights” Michael Shane, a lawyer for the pro-gun group, told Vermont Public Radio.

I agree with Shane completely.

I’d also add that the government needs to present a rather compelling case as to why my rights need to be curtailed in the name of safety. A really compelling reason. I don’t think it’s possible to give me a compelling enough reason, but I’m not everyone.

In Vermont especially, there was no such reason. As noted, crime has historically been low there “despite” their lax gun laws. There’s absolutely no reason to create new laws to combat something that didn’t even happen in their state. Even if you accept that gun control works to combat crime–something I reject completely–Vermont isn’t exactly a place in need of new gun laws.

But gun grabbers don’t care about crime. They’re terrified of the idea that armed citizens even exist. They’re scared that we have the means to resist ourselves, that we don’t require the benevolence of the government to swoop in and save us. We’re self-sufficient, and that terrifies them for some insane reason.

If it were really about combatting crime, Vermont wouldn’t have made the changes they did. With low crime and lax gun laws, there was no reason to do anything of the sort.

The fact that they did, however, proves what this is all really about.