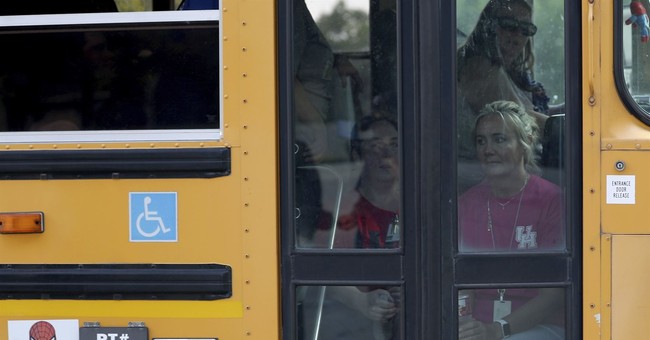 If you’re going to be serious about combatting school shootings, there are a number of things that probably need to be done. Heightened security is a definite priority, but one proposal that many on the right are favoring is arming teachers so they can defend themselves and, by extension, their students.

Arming teachers has certainly been controversial, to say the least. Many are outraged at the mere suggestion of it.

However, that hasn’t stopped a number of states and school districts from approving such a plan. Now, a North Texas school district has joined their number.

Uttle said for an employee to carry a gun on campus, he or she would already need to possess a concealed carry license and then pass the district’s training program.

“It’s a decision we wish we did not have to make, but in light of recent activities across the country, the board thought it was necessary to protect our students and staff,” Uttle said.

I get wishing you didn’t have to make such a decision, but they did, and it was the right one.

Teachers are sitting ducks in the event of a mass shooting, and they’re disarmed as a matter of law in many cases. I get that not every teacher wants to carry a gun. Especially as, unlike police officers, it’s not an expected part of the job. The last thing I want to see is every teacher be required to carry a firearm as part of their job.

In fact, I suspect no one wants to see that.

But I do take issue with teachers being required to be disarmed in a place which is known to be a target for mass shootings. Teachers in the Paradise Independent School District are going to have a choice. If they don’t want to carry, they don’t have to. If they do, they can and that’s what’s so blasted important here.

It’s about choice. It’s about having the option to carry a gun to protect yourself in the unlikely event that some maniac tries to shoot up your school.

Sooner or later, one of these jackwagons will try it and get shot by a teacher before he can kill a bunch of kids and we’ll be proven right. We’ll have all the proof we need that arming school teachers works.

But there will also be a lot of shootings that won’t happen because the jackwagon won’t know who is carrying a gun or if he can kill a lot of people before he’s taken out, so he’ll try and find some other way to be famous. That’s a win for everyone as well, but that won’t show up in the news or in statistics.

Every school system that embraces armed teachers is a school district that is keeping their students safe from maniacs looking for infamy.