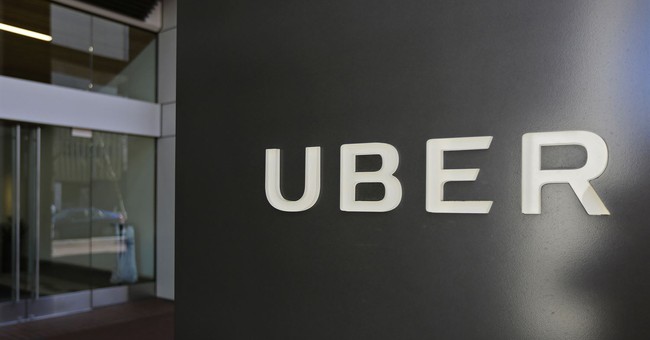 Companies like Uber and Lyft aren’t fans of their drivers carrying guns. I’m not sure why except for the possibility that there may be misplaced fear of maniacs somehow using the service to find targets or something. Regardless, those are the rules that drivers are expected to follow if they want to work with these services.

But recently, an uber driver shot and killed a man who threatened him after nearly running him off the road. The shooting was considered self-defense, a classic case of “stand your ground” laws in action, by the sheriff. All is well, right?

Now, the driver is worried about losing his ability to work with Uber and Lyft, the two primary rideshare services in the nation.

The Uber driver who made headlines after he shot an attacker on the road in self-defense is speaking out about the incident and the fallout from it.

Westlake also expressed his concern that he might lose his jobs at Uber and Lyft after they suspended his accounts. Both companies have a strict “no weapons” policy, which includes firearms, for their drivers and riders.

“Everyone tells you what you did was right, but you feel like, did I have to… after the fact?” he explained. “Someone comes at you like that, you really don’t have much time to think.”

Even though his birthday just occurred, Westlake said he’s having a hard time enjoying certain activities.

The guilt aspect is normal. If someone takes a life, there’s a good chance they’re going to feel guilty over and start playing it back in their mind, wondering if they could have done something differently. It’s normal.

But the possibility of losing his jobs with the rideshare services is very, very real.

It shouldn’t be, though.

While the companies have a right to create rules for those who work for them, requiring drivers to be disarmed shouldn’t be one of them. They put drivers in a bad position, a position of either being a victim or breaking company policy. These companies need to be considered liable when they’re employees are robbed or injured during a crime while “on the clock,” so to speak, if they’re going to insist on drivers being unarmed. Drivers could have the means to defend themselves, but they’re forced to decide between work and safety.

Life is never completely safe, mind you. I get that. But when companies create rules that make people less safe, they need to be on the hook for the outcomes.

Mr. Westlake may well lose his jobs over this, which is a shame. But what could have happened if he hadn’t? While Boek turned out to be unarmed, he also had a history of violence. Westlake could still have been seriously hurt or killed.

Would anyone at Uber have lost a moment’s sleep over that? Probably not.

Uber and Lyft can create any rules they want to. As private entities, they have that right. However, that doesn’t mean rules like this are smart or keep anyone safe.

To the contrary, they may well cost lives.