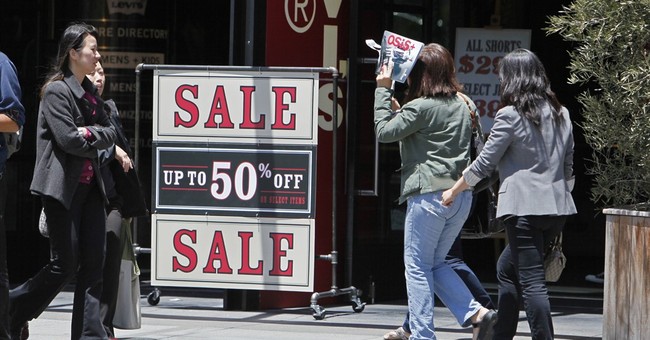 Levi Strauss has historically been one of those brands that like to evoke the cowboy image. They love for people to think its jeans are as tough as the people who wear them, that sort of crap.

However, cowboys were more than just tough. They were armed.

That’s part of the image that Levi Strauss has opted to leave behind, and that’s fine. Why alienate part of your customer base by embracing something that will push them away?

Levi Strauss announced on Tuesday it would be creating a new gun-control group with billionaire Michael Bloomberg and donating millions of dollars to a collection of established gun-control groups.

The clothing company said it would be partnering with Everytown for Gun Safety and Michael Bloomberg to form Everytown Business Leaders for Gun Safety in a blogpost on their website. It also said it would set up the Safer Tomorrow Fund, which Levi Strauss said would direct more than $1 million over the next four years to “fuel the work of nonprofits and youth activists who are working to end gun violence in America.” The company went on to say it would begin doubling the amount it matches for employee donations to gun-control groups aligned with the fund and pushed employees to use their five hours a month in paid volunteer time at the gun-control groups.

Levi Strauss said while they had already requested customers not carry firearms in their store in 2016 and had supported gun-control initiatives in the past, they felt they needed to become more politically involved in the issue.

“We have a gun violence epidemic in America, and companies like ours—that operate in American communities—can no longer watch from the sidelines,” a Levi Strauss spokesperson told the Washington Free Beacon. “Although LS&Co. has taken some action to support gun-violence prevention over the last two decades, we believe there is a bigger role that business can play in effecting real change. Through our newly established Safer Tomorrow Fund and involvement in the Everytown Business Leaders for Gun Safety coalition, we hope to catalyze others to join us and be part of stemming gun violence in this country.”

And just like that, I’ll never own another stitch of Levi Strauss clothing again in my life.

That’s saying something because almost all of my jeans since I was a toddler were Levi’s. Most brands never fit me correctly due to some slight anomalies in my body shape, so the only denim that covered my butt said Levi on the label.

That, however, is over. For one, plenty of other brands–less expensive brands, I might add–make pretty good jeans that fit me fine. Further, those brands aren’t working to take away one of my most basic rights as a human being. They’re not partnering with one of the biggest busybodies in American politics to try and work against the private ownership of firearms.

So yeah, the brand is dead to me.

As a company, they have a right to make decisions like that. Further, I tend to think boycotts are overused these days. Every time a company says something someone doesn’t like, someone is screaming about boycotts.

But Levi Strauss is using their profits to fund something I find morally repugnant. In such a situation, I find I have a moral obligation not to permit any of my money to find its way into their hands to fund this nonsense.

However, Levi Strauss needs to take a look at how well this kind of approach has worked for Dick’s. I’m not sure that’s a business approach worth repeating based on what we’ve already seen. Oh well, too late now.

A Transgender 'Mother' Who Has Two Transgender Kids, Advocates For This State to Become a 'Trans Refuge'
Townhall
Jerome Adams' attempted swipe at DeSantis over 'health decisions' BACKFIRES in a most spectacular way
Twitchy
Defense Secretary Lloyd Austin's Statement on Downing of Chinese Balloon Is Ironic Comedy at Its Best
Redstate
Biden's Story About the Spy Balloon Doesn't Add Up; Here's What Most Likely Happened
PJ Media