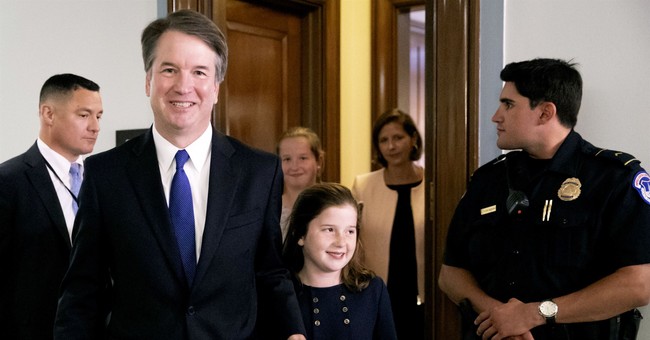 New Jersey is very proud of its anti-gun status. Most anti-gun states are, though. In all fairness, most pro-gun states are pretty proud of their status as well. But with New Jersey, it sees it as some kind of holy crusade to rid the state of guns and, in theory, violence. It’ll never happen, but that won’t stop it from trying to disarm the law-abiding citizens so that it can pat itself on the back and ignore the guns already in criminal hands.

Yet there is concern in the state that President Trump’s latest Supreme Court nominee will undermine the state’s anti-gun efforts.

After an especially bloody weekend in Paterson, including four people shot Sunday night, it was up to Mayor Andre Sayegh to speak to the moment.

“We’ve seen way too many innocent lives lost because of gun violence,” said Sayegh. “Remember Genesis Rincon, a 12-year-old hit by a stray bullet, and died. Nazerah Bugg, a 14-yera-old [sic], again, stray bullet and we lost her as well. And Armani Sexton, a 15-year-old promising basketball player, who might’ve been in the NBA, had his life cut short by a bullet.”

A roll call of tragic deaths, for sure, but as the election season begins to heat up, the specifics of life down these mean streets took a back seat to the broader political concerns of a Senate race, in this case Sen. Bob Menendez’s concern about what impact the Republican president’s Supreme Court nominee would have on New Jersey’s tough gun laws.

“Given that the NRA is actively pushing conceal/carry legislation to override tough gun laws in states like New Jersey, I’m disturbed by Judge Kavanaugh’s reasoning because the prevalence of looser gun laws in other states should have no bearing on the constitutionality of our gun laws here in New Jersey,” proclaimed Menendez.

Menendez and other Democrats, including the area congressman and the governor’s gun control czar, Bill Castner – tried to tie Kavanaugh to Menendez’s Republican opponent, Bob Hugin.

Look, the possibility that Kavanaugh would undermine New Jersey’s draconian anti-gun laws isn’t a bug of this process, but a feature. Should the Court decide to hear a case involving one of New Jersey’s gun laws, of course, Kavanaugh will likely decide against the state and their laws. That’s because the laws are unconstitutional and they’ve only gotten away with them for this long because the Court hasn’t deigned to hear gun cases lately.

Frankly, those laws need to be undermined. I can’t tell you how many conversations I’ve had with New Jersey gun owners about their plight. They are law-abiding citizens who desperately want to exercise their right to keep and bear arms, but it seems that the state keeps throwing roadblocks at them. It forces them to become victims by making it virtually impossible to get a concealed carry permit, for one thing–a common refrain in these conversations–but it’s hardly the only sin committed by the state.

Just the fact that the state requires a license to purchase a firearm is grounds for their laws to be undermined, and I sincerely hope that Kavanaugh makes Menendez’s fears come to life.

Anti-gunners won’t be much of a threat with legislation if the Courts make it clear that all such legislation is unconstitutional and will strike it down.

'Inflation Is Worse Than We Thought' and 'A Threat to Society'
Townhall
Condoleezza Rice talks some sense into the hosts of 'The View' regarding critical race theory in schools
Twitchy
Inject Into My Veins: Condi Rice Stuns 'View' Hosts With Knockout Argument Against Critical Race Theory
Redstate
Trump Enrages Media Again with Statement on Powell's Death
PJ Media