Why Grieving Parents Shouldn't Be Arbiters Of Gun Control Policy 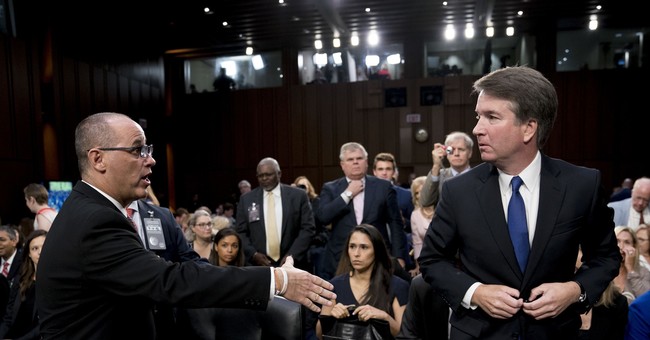 As a parent, I can’t begin to imagine what it must be like for those who lost children at places like Parkland. To call it heartbreaking isn’t sufficient enough, in my mind.

Having lost someone in a mass shooting myself, I get why so many of these parents turn to advocacy for gun control policies. I lost a dear friend, not a child. I can only imagine the pain is exponentially worse.

But the media and anti-gun activists like to trot out these parents to discuss gun control policy as if they’re the voices we need to be listening to. They’re not, and Jacob Sullum at Reason has some good thoughts on why.

A father’s grief is not an argument for the effectiveness of any particular gun control law, and it certainly is not an argument for the constitutionality of that law. Contrary to Harris’ implication, it is not relevant in deciding whether, say, a ban on so-called assault weapons is consistent with the Second Amendment right to keep and bear arms.

“We have witnessed horrific mass shootings from Parkland to Las Vegas to Jacksonville, Florida,” Harris said in her opening statement during Kavanaugh’s confirmation hearing yesterday. “Yet Judge Kavanaugh has gone further than the Supreme Court and has written that because assault weapons are in ‘common use,’ assault weapons and high-capacity magazines cannot be banned under the Second Amendment.”

Maybe Kavanaugh misapplied Heller. Maybe Heller misinterpreted the Second Amendment. Maybe [Sen. Kamala] Harris believes both of those things. But the fact that “horrific mass shootings” occur, or that they leave behind grieving parents, has nothing to do with those questions. If Kavanaugh is on the Supreme Court when it hears a challenge to an “assault weapon” ban, he will owe a “fair shake” to the people claiming the law violates their constitutional rights and to the government lawyers claiming it does not. The policy preferences of gun violence victims, no matter how heartfelt, should not carry any weight.

Of course, Harris’s comments stem from the so-called Heller 2 decision Kavanaugh penned, the same decision that got him grilled by Sen. Dianne Feinstein.

Regardless, however, Sullum is right. The law has to be separate from emotion. Otherwise, we could play dueling emotions until the cows come home. It’s possible to do, and parents of slain kids can be found on both sides of an argument. It’s not the way our laws work, nor should they.

When the Supreme Court hears a case, their job is to look at the law being challenged, the Constitution, and decide whether or not that law is consistent with the Constitution. The two most recent gun control cases, Heller and McDonald both found that the laws in question didn’t. It doesn’t matter whether or not someone feels hard enough to the contrary. The law is the law.

What would Sen Harris have us do? Create a Thunderdome of emotional outcry. Two people enter, one person leaves, but the only weapons are “teh feelz?”

That isn’t how it works, and the Senator should be happy about that. Otherwise, there would be no consistency in our law, just a wishy-washy back and forth based on who feels hard enough on a given day.