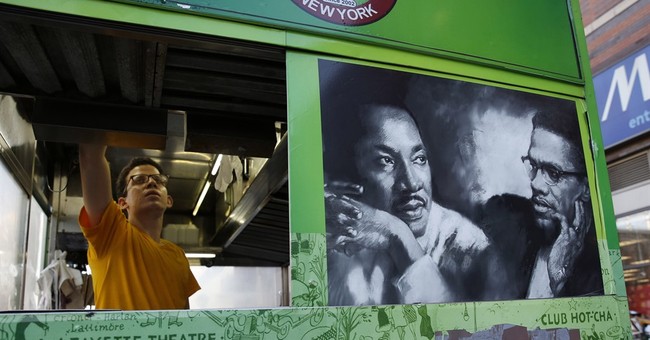 I’ve repeated time after time that police have a tough job. There are few professions where not only lives are on the line, but every mistake has the potential to be a news story. Everything a police officer does is in the limelight whereas an accountant or an HR worker can make their mistakes in relative privacy.

That’s not to say that some police officers don’t screw up or even that every horror story we hear about police is the result of a mistake. Some people suck and them wearing a badge doesn’t change that fact.

However, they all get lumped in with the bad regardless of whether they even knew the bad officers. Now, anti-cop virtue signaling is a pastime all to itself. The latest example involves a food truck in Detroit, a town where staying in the good graces of police might be beneficial.

A Detroit food truck owner is at the center of controversy over a bold social media post announcing she will no longer serve law enforcement officers.

The owner posted the announcement Friday and has since received over 1,000 comments and shares on Facebook.

In the post, the woman says she has been “purposely intimidated” by Detroit police officers.

“On this corner, I encounter all types and the only type that has ever purposely intimidated me is DPD. The majority of my neighbors, customers, and myself do not feel safe around law enforcement agents (ICE, DPD, Homeland Security, etc).”

Now, she has the right to refuse service to anyone she wants to. That’s the way things are supposed to work in this country.

However, Detroit police state that they have positive relationships in that neighborhood, but every time they contact the food truck owner while conducting an investigation, they found her to be rude and uncooperative.

It sounds like she gave the police attitude while they were trying to do their jobs, they responded to that attitude, and so now she feels aggrieved.

Luckily for Detroit police, it seems that the food truck was a vegan truck so they may have dodged a bullet on that one.

When I first read the article, though, I couldn’t help but wonder about the woman and how she would react if she needed the police, but they decided instead to respect her desire to have nothing to do with law enforcement. What if she were robbed and the police didn’t come?

But that wouldn’t happen.

What would happen, though, is that despite her blatant anti-police attitude and rhetoric, they’d respond to the call, get all the information they could, then do everything possible to find the culprit. If her life were threatened and an officer is in a position to help, that officer would willingly lay down his or her life for this woman, despite her hatred of them.

Because that’s what police do.

Author Dean Koontz, reportedly commented that “duty” wasn’t a very compelling motivation for characters these days. I disagree. Duty is why police officers will put their lives on the lines to help people who would rather see them dead.

For people like this food truck operator, they should count themselves lucky that most police aren’t as evil as they like to claim. If they were, running a food truck in Detroit would be far more problematic.