Another Anti-Gun Celeb Cashes In With Guns In Movies 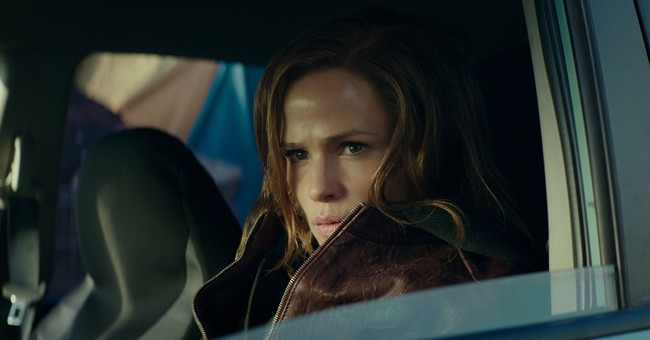 Hollywood has had a tumultuous relationship with firearms for quite some time. On the one hand, celebrities often enjoy a financial status that allows them to take security measures the rest of us don’t have, which may cause some to forget that many of us face threats to our very lives as well. So, they make stands against guns and articulate it regularly.

On the other hand, Hollywood has always made a good bit of its money by slapping a gun in the hands of these actors and having them do every manner of crap with them, from defending themselves to engaging in criminal activities. In other words, Hollywood has a love affair with the gun, but it doesn’t want to admit it, even to itself.

The latest example of this is Jennifer Garner, who made her opinions on guns known but doesn’t seem to mind cashing in on a film where she’s carrying the very tool she’s worked to deny to the average American.

The film features the story of Riley North, a mother and wife who awakens from a coma after surviving an attack that resulted in the deaths of her beloved husband and daughter. Bereaved, Riley fights for justice through the court system. When it fails, she vows to avenge her loved ones on her own. As one might expect from the former “Alias” star, Garner becomes a one-woman force for justice through guns, explosives, knives, and more. So far, the movie hasn’t garnered many great reviews. A Forbes writer said it was “ugly, incoherent and problematic.” But it might do well with fans who like Garner’s action-flick style.

Regardless, the plot is both easy to empathize with (I guess) and confusing: Any loving mother could understand how Riley might have felt under the circumstances and how the need for vengeance would be so strong she might want to take care of the killers herself. (“Hell hath no fury like a woman scorned” and all.) But I’ll be hard-pressed to understand or empathize with actors who believe one thing in their personal lives, yet do another in their careers — especially as it relates to gun control. In 2012 Garner appeared in a video with other Hollywood stars advocating gun control, despite the fact that she and her estranged husband both appear in multiple shows and films using guns.

This is hardly unusual. Few Hollywood actors openly support the Second Amendment. Most who have vocalized an opinion on the topic tend to be anti-gun to some degree.

Time and again, Hollywood and the actors who make their living there continue to feed into the American fascination with armed heroes by creating these movies.

Don’t get me wrong, either. The trailer for Peppermint looks pretty awesome and the fact that someone called it “problematic” is probably enough to make me want to see it all on its own. I don’t want Hollywood to stop making action films where the heroes and heroines are armed to the teeth and shooting bad guys in the face.

What I’d like to see is for these stars to recognize they make money from firearms and to work to deny them to ordinary Americans while feeling no qualms about taking these roles is ridiculous. Garner isn’t unique in doing this, but she’s just the one with the new movie this week.

'#BidenHateSpeech' Trends, Mainstream Media Criticized for Ignoring Death of 18-Year-Old Cayler Ellingson
Townhall
David Hogg has been shooting guns with his FBI Dad since grade 4 and none of them were prone to killing innocent people
Twitchy
FBI Agents Raid Home of Pro-Life Author With Guns Drawn in Front of His Screaming Kids
Redstate
THIS IS NOT THE AMERICA I KNOW: Dozens of FBI Agents Raid Home of Catholic Pro-Life Activist as Children Scream in Terror
PJ Media