'Explosion' In Canadian Violence Not Just Toronto. So Much For Gun Control 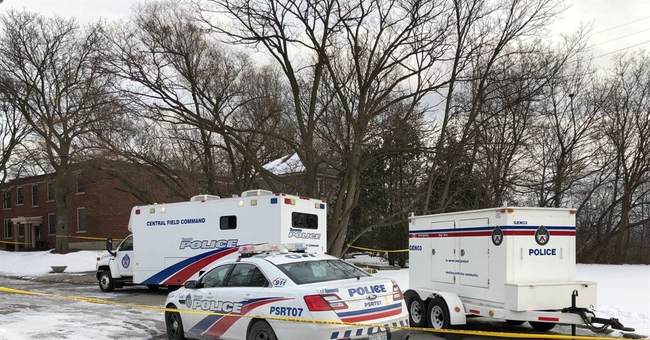 When you look at gun control in the United States and what anti-gunners are pushing for, it seems like there’s nothing on their wishlist that doesn’t already exist in Canada. Based on their current arguments and claims, Canada should be a gun-crime free Utopia.

While Canada may have lower violent crime rates than the United States, part of that is because while Canadian culture is similar to ours in many ways, it also differs in a few key ways. They’re just not as violent as Americans, for one thing.

Despite that, Canadians believe gun crime is soaring, and something has to be done.

Gun and gang violence has been on the rise west of the city where cops recently seized eight firearms in 11 days.

But Peel Regional Police say most gun crimes committed in their region “involve guns that were illegally obtained and possessed.”

So unlike Toronto, which has seen an explosion of bullets flying in recent years, there has been no talk of banning those who are licensed from owning legal handguns.

Instead, police blame regulations that interfere with street checks that once allowed them to curtail a certain amount of violence. After all, they could stop and talk to suspicious characters and ask for information, possibly finding probable cause to search them, whereas now the suspects can refuse to speak with the police and walk away.

I’m glad no one there is talking about banning handguns since that is stupid, but some people elsewhere are.

However, just like in Mexico, it seems that strict gun control already being in place has done little to nothing to actually curtail this “explosion” in violence.

Of course, there’s some question as to just how big this explosion of Canadian violence actually is. But, based on what Canadian liberals are saying, something has to be done because all the gun control currently in place isn’t doing enough.

And this is where our gun grabbers want us to follow?

Instead, it will do nothing more than turn us into victims, just like those poor people down in Mexico. I can’t speak for anyone else, but I refuse to be a victim. However, I will say that I know good and well that I’m not alone in that fact.

When anti-gunners look at other countries and tout how awesome gun control is, they fail to understand that in all of those countries, it’s done nothing but hurt the law-abiding. Every. Single. Time.

Oh, sure, Europe has fairly low crime rates, for now. But it’s not because criminals can’t get guns. It’s because of other factors. The bad guys get guns and drugs and everything else you don’t want them to have.

Meanwhile, the innocent can’t defend themselves.

There’s an “explosion” of gun violence in Canada? How, if gun control works so well?

That’s because it doesn’t, and it never has.