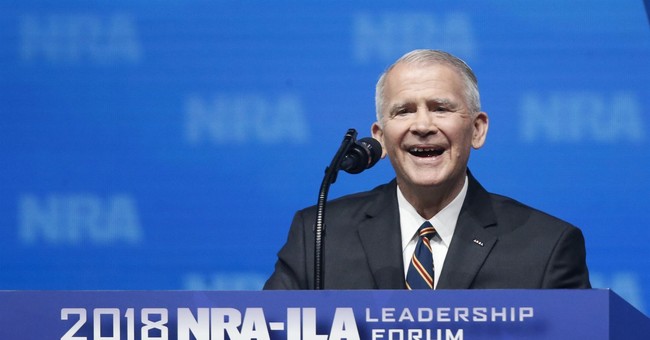 The National Rifle Association has been catching hell ever since Parkland. They shouldn’t. Nothing it did caused the attack and nothing it opposed would have stopped it. That’s the truth despite media and activist claims to the contrary.

Through it all, the anti-gunners keep pretending that the NRA and its supporters somehow want school kids dead.

While I’ve made my opinions on that topic pretty clear in the past, the NRA is taking a different approach. It’s going to pay to make schools safer.

The National Rifle Association announced on Monday it awarded over $600,000 worth of grants to support local school security projects across the United States.

The gun rights group said its 501(c)(3) nonprofit foundation gave 54 grants to schools in 23 states in order to forward the goals of its School Shield program. The grant program includes public as well as private schools that teach students from kindergarten to 12th grade. The group said the grants were provided to those who applied for them in order to implement “industry best practices in security infrastructure, technology, personnel, training, and policy.”

The NRA said the grants will be used for a number of different purposes depending on the school’s needs. The money may go toward building renovations focused on increasing security, improving communications systems, or providing emergency medical kits and live-saving training. The group said it’s all part of an effort to provide real-world solutions to the threat of attacks on schools.

“The NRA is proud to be at a forefront of providing meaningful solutions to safeguard our nation’s schools,” Oliver North, NRA president, said in a statement. “Protecting our most precious resource—our children—with substantive measures that work should be the top priority for all Americans. Thanks to the generous support of NRA members, many schools will now have the necessary funding to enhance their security.”

Note the use of the phrase “meaningful solutions.”

Gun control isn’t a meaningful solution by any stretch. It’s a knee-jerk reaction that punishes people who did nothing wrong by blaming a tool that has no volition of its own by people who would rather grab a soundbite than address the issue.

Schools are attractive targets for any number of reasons, and the NRA’s proposal seeks to address those reasons. Making schools harder targets is a net win for everyone, except for those who want to use the bodies of dead school children as a soapbox to scream about disarming ordinary Americans.

Beefing up school security should be a given, but any mention of it seems to illicit outrage simply because it’s not gun control. If it were really about keeping children safe, they’d recognize a few things.

First, we’re not giving up our guns or our ability to buy more guns in the future. We did nothing wrong. The gun didn’t act alone. No amount of control is going to stop these kinds of acts from happening, so we’re not remotely interested in giving any ground on the topic. None.

Second, if we’re not going to give that ground, doesn’t it make sense to at least figure out what we can agree on? For people who lament the fact that we refuse to compromise on gun control, they have an odd way of showing how to compromise.

Oh, yeah. They don’t actually care about keeping kids safe. They just want to take away your guns.