Another Case of Massachusetts AG Thinking Laws Don't Apply To Her 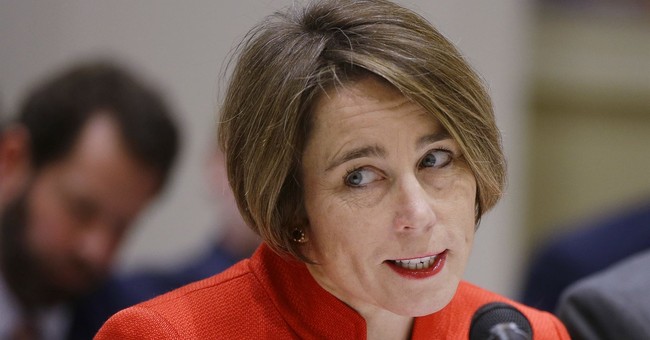 Not only does she unilaterally decide that firearms created to comply with the state’s assault weapon ban are suddenly illegal without any legislative process, but now she feels that the state’s freedom of information laws don’t apply to her in the least.

As The Truth About Guns notes:

Healey is one of the 21 state attorneys general who are suing Cody Wilson and Defense Distributed in a prior restraint attempt to quash his free speech rights and prevent him from making his 3D gun files available via the Internet. The plaintiffs, Brent Carlton and Brandon Combs, wanted some information about the AG’s activities in that regard.

But Healey has denied the plaintiffs’ information request, ostensibly because she said it would tip her hand in her efforts to keep the scourge of 3D gun files off of the Internet. As far as Healey’s concerned, the state’s public records law simply doesn’t apply to her, not when there are more important considerations — like gun control and restricting First and Second Amendment rights — in play.

Now, most state information laws do provide a few exceptions. For example, personnel issues are often kept out of the public eye. Additionally, there’s an exception made for information regarding business dealings where revealing the information might put the state at a disadvantage.

But that’s not remotely what we’re talking about here.

No, this is an elected official who believes the rules don’t apply to her in her war against guns, gun owners, and the Second Amendment.

What bothers me the most is that there are no real repercussions for Healey. At best, she’ll get a contempt of court charge at some point. Right now, this was a freedom of information request (or whatever Massachusetts calls its version of the law), so that’s not even particularly likely.

Instead, Healey can continue to act the tyrant with her secret police tactics and hide behind claims of the public good.

The fact is, she needs to cough up this information. If she doesn’t, then there need to be real penalties for elected officials who so blatantly ignore the law while performing their interpretation of their duties.

Maura Healey needs to be removed from office, thrown in prison, and allowed to rot there for a good long time. Her and every other would-be despot desperately trying to willfully undermine the Constitution of the United States of America. Unfortunately, there are plenty of them.

But that won’t happen, and we all know it. Healey will probably move onto either a higher office or a cushy private sector job that nets her a six-figure income and few actual responsibilities. She won’t be punished for her transgressions; she’ll be rewarded for them.

Meanwhile, the gun owners of Massachusetts will be left trying to figure out how to navigate these laws and the fact that the precedent has been set for future attorneys general. Ignore the laws as written and make it up as they go along.

If ever there were a state to move out of.