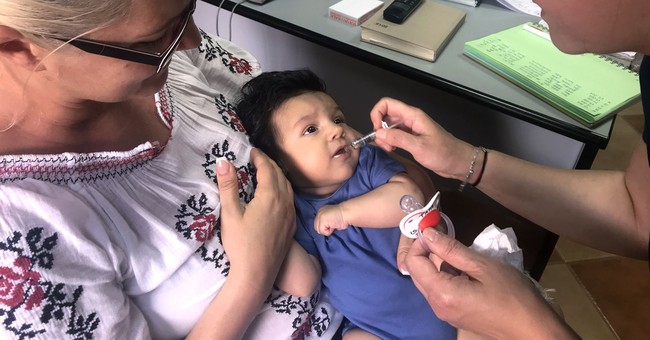 Accidents with firearms are a problem. No one debates that. Even one is far too many, and the fact that a number of these accidents prove fatal only increases the importance of finding ways to stop these accidents.

However, anti-gunners would have you believe that accidents with firearms are common. Why else would some demand gun safety training before being able to purchase a gun?

The thing is, there’s something that kills people at a rate of around 500 to one that the anti-gunners never seem to consider.

On the other hand, accidental gun deaths hover around 500 a year.

The number of overall gun deaths in 2015—accidental, homicides, and suicides—was approximately 36,000, two-thirds of which were suicides. So 250,000 malpractice deaths is nearly seven times higher than gun deaths, even when counting intentional gun deaths.

Now, there are some important differences worth noting.

First, there are remarkably few “accidents” with guns. Most so-called accidental shootings are instances of negligence. Someone didn’t follow the basic rules of safety, and someone died as a result.

On the other hand, medical malpractice deaths may be accidents. A slip with a scalpel, for example, can happen with even the most skilled physician only to see the patient just as dead. To be sure, quite a few of those deaths are due to incompetent physicians as well–based on my conversations with my doctor and med school friends, I’m more shocked that it doesn’t happen more often–but it’s impossible to tell from here how many are true accidents and how many are the result of the doctor being a functional moron.

For the families of the deceased, it doesn’t matter, though. I get that too.

However, the important takeaway is, firearm accidents are exceedingly rare events in the grand scheme of things, and medical malpractice deaths–something we know is far more common–are generally ignored by the public at large. With that in mind, why are we acting like firearm accidents are this great public health crisis?

Now, that’s not to say they shouldn’t be addressed. They should. Even one is too many.

It’s not an epidemic that we need new legislation to try and stem the tide, either. Of course, it was never really about gun safety. It’s about creating a world where roadblocks to purchasing firearms are accepted. Once people accept some, it’s easier to push through others. We all know this to be true.

But if they want to curb deaths, maybe some of these people should look into how they can help curb medical malpractice deaths. You know, just to shake things up.

Why an ESPN Writer Was Troubled by American Flags at the Tokyo Olympics. Prepare to Roll Your Eyes.
Townhall
'Life #UnderDemocratRule' catches up with former Sen. Barbara Boxer in Oakland
Twitchy
Congressman Reveals What He Said and Did to Officer Who Shot Ashli Babbitt
Redstate
The Morning Briefing: It's a Good Time to Purge the 'Pelosi Republicans'
PJ Media