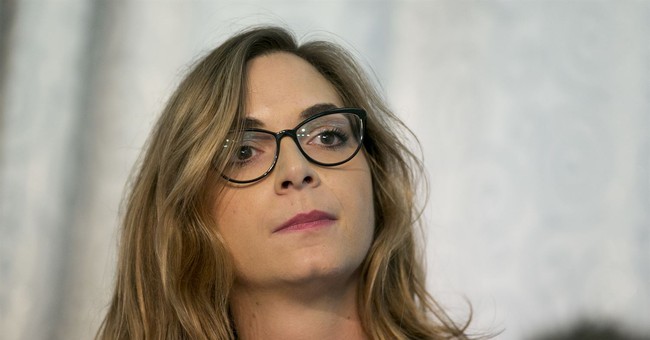 Defense Distributed’s name has been in the news a fair bit. Mostly, it’s been in the news because founder Cody Wilson is accused of doing some stuff that will make his days with firearms pretty much over if convicted.

But Defense Distributed isn’t just Wilson. As a company, it has to make plans to move forward, and right now, Cody Wilson is baggage that the company can’t afford.

As such, the company has named a new director to keep the company in operation despite Wilson’s legal troubles.

The change in leadership comes in the wake of Cody Wilson’s recent legal troubles where an arrest warrant was issued for the alleged sexual assault of a 16-year old girl. Wilson was later deported from Taiwan and placed in the custody of US Marshals once back in the US.

The opening statement from the press conference made by Heindorff:

Good morning, thank you for attending. My name is Paloma Heindorff, I’m the new director of Defense Distributed and CEO of Ghost Gunner. I spent last three years at DD working as director of development and VP of Operations.

I am extremely proud to say that over the past few days the entire team at defense distributed has recommitted to enabling the sharing and publication of CAD and 3d printer files. This resiliance, I truly believe to not only be characteristic of our company as a whole, but also the ideas that we have worked so hard to promote.

I’d like to take this opportunity to say that any questions concerning Cody Wilson and his legal of personal legal affairs should be directed to his personal lawyer.

Wilson is out at the company. There’s no longer a role for him, which is probably for the best. At this point, all he could be for the company is a giant distraction. For the next while, the company would be dealing with questions about Wilson, the allegations against him, and things of that sort.

It would be very difficult to focus on its legal battles. It needs help funding, and that help isn’t likely to come if people are thinking about a man sleeping with an underage girl rather than the Second and First Amendments.

So what does the future hold for Defense Distributed? Heindorff says she has no plans to change what the company was doing, which is for the best. Her background of someone growing up among the East London art scene followed up with less than impressive management credentials before her involvement with Defense Distributed doesn’t scream that she’ll take the company into the stratosphere.

Of course, no one has impressive management credentials until suddenly they do. The board of directors saw something they liked in her, so I wish her the best in her new role. From what has been released, she’s been key in the success of Defense Distributed of late, so there’s reason to be optimistic for the company.

We’ll have to see how things go from here, but all in all, I still think this was a smart move.

WATCH: Jen Psaki's Terrible Spin on the Pork-filled American Rescue Plan
Townhall
'What I did is tell my people the TRUTH': Gov. Kristi Noem DROPS Dr. Fauci for accusing her of ignoring medical advice and it's GLORIOUS (watch)
Twitchy
Joe Biden Speaks in Houston, What Follows Should Make You Question Everything
Redstate
Missouri Judge Sends 14-Year-Old Girl to Live With Allegedly Abusive Dad While Jailing Her Mom
PJ Media