Despite Anti-Gun Status, Baltimore Has Highest Homicide Rate In U.S. 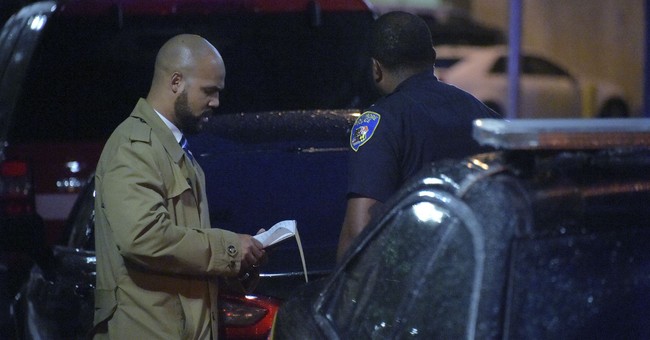 Baltimore may not be the first city you think of when you think gun control, but it should be right up there. Between Maryland’s laws and Baltimore’s own efforts, having a gun in the city isn’t exactly a fun thing for a law-abiding citizen to deal with. It’s a major pain.

And just what kind of good have all those gun laws done?

Baltimore had the worst homicide rate among the nation’s 50 largest cities last year and the second-highest violent crime rate overall, according to new data from the FBI.

The grim news was the latest reminder of the sustained cycle of violence that has gripped the city since 2015, when the annual number of homicides soared above 300 for three consecutive years after the unrest that followed Freddie Gray’s death from injuries suffered in police custody.

There were 342 homicides in Baltimore last year, 56 per 100,000 people who live in the city. That’s the highest per capita in the city’s history and, according to the FBI report Monday, the highest rate of any American city with more than 500,000 people. It’s also significantly higher than the rate in other big cities.

“Sometimes it does seem, I won’t say hopeless, but there are neighborhoods that are crying out,” said Councilman John Bullock, whose West and Southwest Baltimore district has seen some of the worst violence.

Mayor Catherine Pugh said Tuesday that she has been attempting to curb the killings by attacking the root causes of poverty and lack of opportunity that fuel the violent drug trade. So far this year, the number of killings is down 15 percent from last year.

“Our efforts to reduce violent crime are producing clear results,” Pugh said. “Crime is declining in every category.”

Pugh said even greater gains have been recorded in neighborhoods she has tagged as part of a Violence Reduction Initiative. Such areas receive a surge of city resources, ranging from fixing street lights to employment services.

And yet, despite all this, Baltimore is the most deadly city in the country?

Maybe, just maybe, the problem has more to do with creating an environment where citizens are all but disarmed, thus making them tempting targets for criminals? Here are some thoughts from a report earlier this year about Baltimore’s woes:

Maryland law requires a full license, including passing a comprehensive background check, just to own a handgun. To carry one in public, Marylanders need to prove to their local police chief that they have a “good and substantial reason” to carry a firearm in public for self-defense. The bar for proving this is set so high that it is practically impossible for the average Marylander to be approved for a carry permit.

Baltimore also has some of the strictest laws on where you can carry a firearm, going far beyond Maryland’s already strict permitting scheme. Baltimore’s gun-free school zone law is so strict that even police officers aren’t technically allowed to carry guns inside of the city’s schools. Yes, you read that correctly. If, God forbid, there is a school shooting in Baltimore, it is technically illegal for armed officers to walk inside.

Obviously, in a case like that, officers would likely ignore the statute’s technicalities and rush inside anyway. But it speaks to just how strict the city’s gun laws are. Strict carry bans have not reduced Baltimore’s violent crime and homicide rates.

In other words, it’s effectively impossible to bear arms in Baltimore for lawful purposes.

Talk about a failure of gun control.

More than that, though, is the fact that by barring law-abiding citizens from carrying–and if you make it too difficult to do, even if it’s technically legal, it’s still barring people from doing it–lawmakers may have made Baltimore even more deadly. People can’t protect themselves, which means criminals become empowered.

Joe Biden's Buffalo Speech Was the Speech of an Indecent Man
Townhall
Sometimes it’s hard to keep the narrative straight and it shows - headline inaccurately states George Floyd was shot in police custody
Twitchy
Durham Drops Another Bombshell, Reveals FBI Lied About Hillary Clinton-Supplied Disinformation
Redstate
My Biden-Voting Friend Had 'No Idea' Things Could Get This Bad. Buckle Up, Buddy, We're Just Getting Started
PJ Media