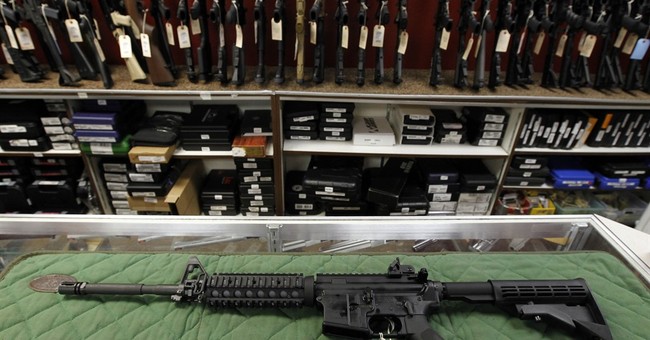 One of the arguments I’ve seen stated repeatedly is that so-called assault weapons need to be banned in part because school shooters like the putz in Parkland will have greater firepower than police. “How can you expect police officers to use a handgun against a man with a fully-semi-automatic rifle?” they might ask.

Now, I could go on about how it’s not as unbalanced a fight as some might think, but we all know that your average anti-gunner won’t listen to any of that.

The good folks at Brownells, however, decided to make a donation that should eliminate that argument. At least for one place.

The donation grew out of concerns expressed by authorities in the wake of school shootings around the country in recent years.

The department had already been approved for $25,000 to purchase the rifles, but Brownells hooked these guys up. There’s no mention on what the money will be spent on, but I hope it’s spent on ammo for training.

Truthfully, all of these school resource departments probably need AR-15s somewhere on the premises. Let’s be honest. We can all agree that schools are incredibly soft targets. Even if you could eliminate the causes of mass shootings–something no one knows how to do yet–there would still be the risk of terrorism.

School resource officers are the first people capable of responding to these kinds of attacks, and it makes sense to provide them with the best possible equipment. That means AR-15s, which are ideal for personal defense. That means they’re ideal for defending our children.

The idea of creating laws that will somehow magically disarm the bad people while not impacting the law-abiding citizens isn’t even a pipe dream. It’s delusion.

But we can arm those charged with protecting our children, and Brownells’ donation is a great start.

No, it can’t donate guns to every school in the country, but it’s right to arm the school it could better. Now, we need to get the rest of the school resource departments similarly armed and trained to respond appropriately.

If you let school resource officers put a few of these slimeballs in the ground before they can kill a pile of people, you’ll start seeing a lot fewer school shootings.

Because of that fact, I firmly believe Brownells is making the world a better, safer place for our children. It’s only too bad that there’s such opposition to permitting teachers to be armed so that it’s not all on the handful of school resource officers to respond faster than humanly possible.

But alas, that’s how some people think.

Then again, there are people who will think Brownells wants kids to die in mass shootings despite this generous donation. We have a technical name for people like this: Idiots.

Ohio bill would protect 2A rights during riots, other states of emergency
Dec 02, 2022