No, The U.S. Isn't The 15th Most Dangerous Place To Live 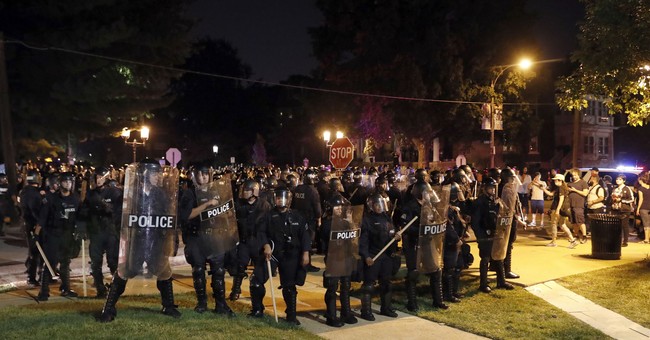 A report came out recently that appears to say that the United States is the 15th most dangerous country in the world.

No doubt, this will begin popping up in social media discussion on things like guns. Anti-gun activists will scream bloody murder that we need to do something because our country is so much more dangerous than damn near everywhere else. They’ll argue that we absolutely have to do something.

But, not really. You see, there’s a problem with this claim.

For the 2018 survey, 18,135 expats living in 187 territories and countries — from Germany to Greenland — responded. The results provide insight into what it’s like to live and work in 68 places, focusing on topics such as quality of life, working abroad, cost of living and more.

One of the most compelling areas of focus is the Safety & Security subcategory, which is part of the Quality of Life Index. This consists of three factors — peacefulness, personal safety and political stability — which the respondents rated on a scale of one to seven. The results were then bundled to create a global ranking of the most dangerous places for expats to live. InterNations also broke out the results to create a female global ranking, which was based on the replies from 8,855 women respondents.

You won’t believe where the United States falls on the list of least safe countries for expats — both the global ranking and the female global ranking. The U.S. ranks among the 15 most dangerous places to live in the world. According to InterNations, expats are not convinced that the “American Dream” still exists, with just 67% rating their personal safety positively in the U.S. That number is 15 percentage points less than the global average of 82%.

Malte pointed out that three in 10 expats are dissatisfied with the political stability in the United States. “The developments in the country’s politics after the elections and the direction the government is taking about various topics might have played a role in this trend,” says Zeeck. “Many of the respondents say that they are generally worried about the political climate, the gun control situation and the frequency of shootings happening in the country.”

So it’s no surprise that another concern is children’s safety. Only 17% of respondents think it is safe for children in the U.S., which is 27 percentage points less than the global average (44%).

However, note that this is a survey. This is asking people questions about what they see.

Those reports are further funneled through the expats’ personal experiences in their home countries.

A dear friend of mine is blogger and science fiction author Sarah Hoyt. Sarah is an expat herself, being born and raised in Portugal, though she’s always been an American at heart. Something she once told me is that Europeans end up getting this bizarre notion of the United States because our government is historically more open with the media than European nations. Because of that, when it’s business as usual here in the United States, it looks dysfunctional as hell to European eyes.

Couple that with the non-stop media blitz claiming that our children are all destined to be gunned down at school any second now, and you get a recipe for people thinking the United States is more dangerous than it is.

This survey is all about perception. Not reality.

Yes, our political process seems a lot less stable than it has in the past, yet even if we started openly shooting one another, we’d still be less dangerous than Mexico or parts of Africa or South America. Since we’re not there yet, there’s literally no reason to get worked up about anything other than the stupid people who think this survey actually matters.