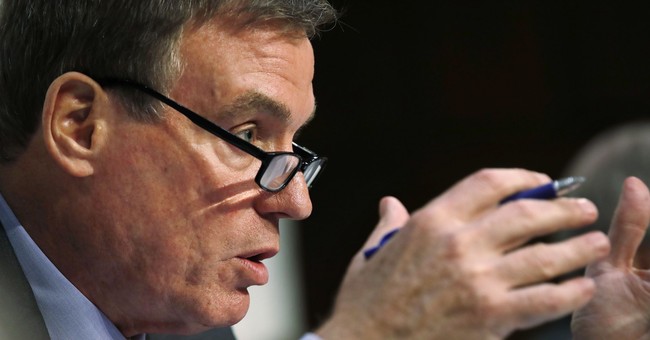 Time and time again, I have pointed out how pro-gun Democrats are a thing. They exist. They may be rare, but they’re not mythical.

However, something I’ve noticed is that there’s a lot of distrust of pro-gun Democrats. It’s almost like people are waiting for them to betray the gun rights movement as a whole.

Then again, those paranoid souls might be onto something.

Virginia Sen. Mark Warner (D) reaffirmed Monday that he had changed his mind about a nationwide ban on assault weapons and called for such legislation to be enacted on the anniversary of last year’s mass shooting in Las Vegas.

Warner, a Democrat who has long championed himself as a supporter of the Second Amendment, signaled earlier this year that he had reversed course on an assault weapons ban after voting against such a law in 2013. In an op-ed in The Washington Post on Monday, Warner said he had signed on as a sponsor of a new assault weapons ban bill after observing Congress take little action to help combat a spate of mass shootings in America.

“In the years since the Senate last had a meaningful debate about gun-violence legislation, we’ve seen assault rifles and high-capacity magazines repeatedly used in mass shootings, with ever-higher body counts,” he wrote. “Though I remain convinced that strengthening our background-check system is critical, I also believe we must do more to end mass shootings. So today I am signing on as a sponsor of the assault weapons ban.”

He continued: “I do this as a gun owner and a proud supporter of the Second Amendment.”

If this is him supporting the Second Amendment, I’d hate to see his efforts to completely and totally gut it.

Statements like this from Warner are why a lot of people have a hard time trusting Democrats when it comes to guns, regardless of their history. Their party is the anti-gun party, which means these lawmakers are going to be under a lot of pressure to change their votes anyway, which is especially true in a highly charged climate like we have at the moment, where guns are a key issue for Democrats.

Warner can say whatever he wants about why he changed his vote, but the truth of the matter is that if Warner believed guns are a right, he wouldn’t change his position to infringe on those rights. He’d know that whatever the solution to school shootings, it wouldn’t include punishing law-abiding gun owners.

Instead, he either lied then or he’s lying now.

If he lied then, he chose a pro-gun position out of political expediency. He figured he needed to build and keep up pro-gun credentials to get elected and re-elected to his seat. Isn’t it funny how Virginia seems to have gone full blue and now he’s suddenly opposing the private ownership of so-called “assault weapons?”

Situations like this make it difficult for people to take actual pro-gun Democrats seriously. I know I have a hard time accepting a Democrat running for office who’s pro-gun. Someone who says they’re a Democrat and likes to shoot? Oh, I have no problem taking them at face value, but the moment one runs for office, I start feeling less trust toward their Second Amendment position.

Warner’s flip-flop is a prime example of why.