'Curfew For Men' Post Illustrates Absolute Stupidity Of Anti-Gun Side 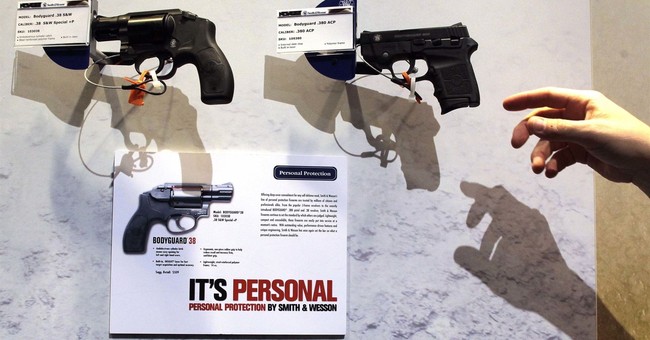 There are a lot of stupid people in the world. Thanks to the wonders of social media, we get to see them all the time, too.

A great example comes from a publication called Nylon where they posted responses to the question, what would women do if men had a 9 pm curfew?

Activist and trans woman Danielle Muscato posted a simple question on Twitter last week: “What would you do if all men had a 9pm curfew?” The question, and the dozens of answers that have come as a result, have since gone viral.

Meanwhile, all I can think of is just how ridiculous all of this is.

First, if men are willing to assault a woman–a crime–then why the hell would you think they’d respect a curfew? This is the stupid mentality of the anti-gun Left, though. The idea that if you just passed one more law, all would be well. While no one is seriously pushing for a male curfew, the idea that it would suddenly make the world all better is ridiculous.

Additionally, I see a lot of women talking about being afraid of men. That’s a shame, and while I can show you statistics that say men are more likely to be the victims of violent crimes than women, it doesn’t matter. It’s a perception, and those are hard to change.

However, I can tell you that there’s a device a woman can carry that will make her more than a match for any big, burly guy who seeks to harm her. It flings bits of copper-jacketed hate at hundreds of feet per second and will stop any attack.

The problem is, none of these women will look at purchasing a firearm. None of them will get a concealed carry permit and carry a firearm so they don’t have to be afraid anymore. Funny how that is, isn’t it?

Honestly, this is just pathetic.

On every level, the thinking that went on in this thread shows us time and time again how freaking stupid some people are. No, I’m not saying that just about women. There are men who share that thinking as well, so it’s not a gender issue. It’s a “some people are brain-dead” issue.

If you’re afraid of being assaulted when you are doing something you want to do, it makes sense to take precautions. Now, that doesn’t mean everything’s a good idea simply because you have a gun. Sleeping with the windows open, for example, isn’t a good idea for any of us. But if you want to hit the grocery store late at night because it’s less crowded, you should be able to do it. Only authoritarians would think the only way that can happen is if you take away the rights of roughly half of all Americans.

Ladies, if you’re that scared, let us know. I’m sure there are more than enough folks here in our comment section that will be happy to help you select your first handgun, find competent training in how to use it, how to get a concealed carry permit in your state, and anything else to help you feel more secure as you go about your day.

And no curfew is needed for anyone.