Vermont Only Has Two Bump Stocks Turned In 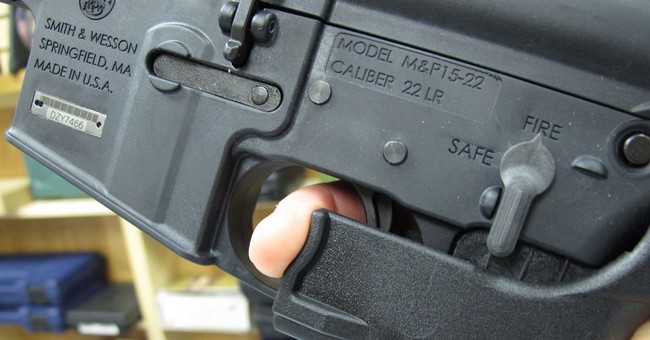 It’s also a fact that the state offered a no-questions-asked amnesty period last month for owners of the devices. They wanted to get the bump stocks off the streets because apparently, they’re a menace despite the complete lack of crimes being committed in Vermont with them.

Vermont was probably a tad disappointed.

Vermont authorities in September said they were are not offering to pay for the now-banned devices but did warn those caught with them after Oct. 1 that they could risk up to one year in prison and $1,000 in fines. Now that the new law outlawing the devices has gone into effect, it turns out that VSP’s haul of relinquished bump fire stocks could fit on a table top.

State Police spokesman Adam Silverman said that as of Tuesday just two of the devices had been turned in statewide. Both stocks, as reported by My Champlain Valley.com, will be taken to state police headquarters in Waterbury to be destroyed. Officials have previously clarified that only the stocks were to be accepted during the grace period, detached from any firearm.

Gun rights groups warn that those turning in such items moving forward could open themselves up to jail time and fines. It is not just Vermont that has seen poor compliance with statewide bans on the devices. With as many as 520,000 bump stocks in circulation nationwide and few jurisdictions willing to pay for them, only a trickle are finding their way to authorities.

The fact of the matter is that a lot of people are just done. They’re done with giving ground, even if the law says they should. They’re willing to risk the consequences of noncompliance because they’re sick and tired of gun grabbers trying to take their property.

Add in the fact that there’s no compensation for a device they paid good money for, and guess what you get?

That’s right. A replay of the noncompliance for the NY SAFE Act.

Frankly, despite my previous statements that one should comply with the law, I can understand this. The full extent of my beliefs is that you should follow the law if you’re unwilling to face the consequences. If you get sentenced to a year in prison for having a bump stock, and you’re OK with that because you’d be damned if you gave anything up willingly, well, I can respect that.

Now, it is theoretically possible that there were only two bump stocks in the state. It’s not likely, but it’s possible. If that’s the case, then Vermont has the highest compliance rate humanly possible.

But again, that’s not likely.

Instead, Vermont gun owners who happened to have bump stocks have either sold them to people in free states or are just not going to worry about it. Maybe they put the bump stock away and put something else on their guns. Maybe they don’t care. Who knows?

What I do know is that we’re seeing less and less compliance of these gun laws, and sooner or later, someone is going to push too far and find out just how fed up gun owners really are.