Hunting Elk? You Might Have Company You'd Rather Not Have 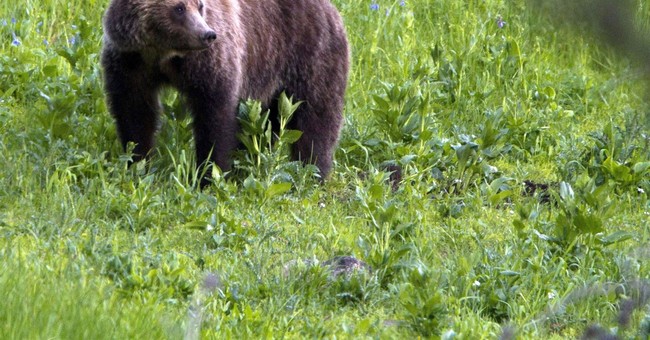 One of the things I most want to do in this world is hunt elk. Down here in Georgia, we don’t exactly have a plethora of opportunities to hunt those kinds of animals, so it’s high on my bucket list to get an opportunity to do so.

However, it seems that I might have some unwanted company trailing behind me when I do.

A study conducted by the Interagency Grizzly Bear Study Team (IGBST) at Grand Teton National Park proposed this idea, and came up with a way to gather some supporting evidence. Park officials placed GPS collars on eight adult grizzlies to track their movements, specifically during elk season. It’s been said the crack of a rifle sounding through the mountains is basically like ringing a dinner bell for grizzly bears, so it’s time to get some answers.

According to Billings Gazette, “some estimates suggest a grizzly’s sense of smell is seven times better than a bloodhound’s, and studies have calculated the size of the bruin’s scent-detecting area as 100 times larger than a human’s. Grizzlies also possess a Jacobson’s organ in the roof of their mouth that can detect heavier moisture-borne odors.”

In addition to the GPS collars being worn by the bears, the study team asked a group of elk hunters in the targeted area to carry and return 100 GPS units to track their every step during their respective hunts.

While only showing a small sample size of data, the evidence suggests grizzlies do in fact follow elk hunters.

During one hair-raising encounter, a signal transmitting from one of the bear’s collar showed it was following within 100 yards of a group of elk hunters, yet nobody ever reported seeing the bear.

I don’t think I’d have wanted to know that one, even after the fact.

Now, it doesn’t mean you’re going to have a bear encounter. Obviously. After all, these hunters didn’t have a clue the bear was even there.

However, it does make me wonder how such an encounter might have gone in a lean year for the bear.

While I don’t think the data show any reason not to go elk hunting, I do think it’s sufficient that hunters should keep a very wary eye out to make sure they’re the only predators around.

This report comes on the heels of a hunting guide being killed by a bear during a hunt in September. That was an elk hunt as well, which means anyone going elk hunting should be extra cautious about bears being in the area. After all, they’ve got a lot more time in the wilderness than you do, so they’re probably pretty good out there.

An elk is a big animal, so it takes a pretty good round to take one down, so if you’re rifle hunting, you’ve probably got a weapon that will take down a grizzly.

If you’re bow hunting, though, it’s probably a good idea that someone in the group has a firearm of sufficient caliber to put down a bear. For peace of mind if nothing else.