The Sad World When Arming Police Is Controversial 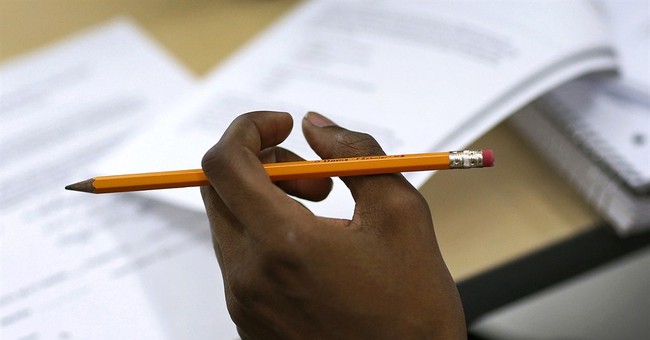 We live in a world of mass shootings, especially in schools. The media held seemingly endless “dialogues” between gun grabbers and gun rights activists as the only counter to individual interviews with gun control “experts.” The idea was firmly pounded into the psyche of the American public that someone was bound to come into your kids’ school and start shooting.

Further, the idea of arming teachers is so controversial that it’s a non-starter in many places.

Yet the one thing we can do is have police officers in schools. After all, many already have them on campus for various reasons. Not only that, but despite the failure of the police presence in Parkland, we’ve seen other examples of police officers stopping mass shootings before they get going. Plus, police already have guns, so that’s covered too, right?

Baltimore remains deeply divided about the best way to keep city students safe in their schools.

Some argue that school police officers must be allowed to carry guns in the building in case an armed intruder bursts in with the intent to harm children and their teachers. Others say arming these officers will strengthen the school-to-prison pipeline and create more dangers for the predominantly African-American student population.

Passionate advocates for both sides of the issue packed the school system headquarters Thursday as the school board once again raised the question: Should Baltimore allow school-based officers to carry guns while patrolling the hallways?

And while the packed room was in two clear camps, 66-year-old Ralph Moore appeared to earn applause from everyone.

“We’re all concerned about the safety of children and teachers in the schools. On that we agree easily,” he said. “Can we also stipulate that we’re all afraid? It’s getting crazy out here, and we feel that.”

This issue last roiled the city in 2015 when the school board asked the Baltimore legislative delegation to change the current law, which prohibits school police from carrying guns during operating hours. The board members did so without seeking any public input.

Board chair Cheryl Casciani pledged to do things differently this time.

Now, I’m all about elected officials doing things openly and transparently, and that means talking with the public about doing stuff.

But the idea that trying to get police armed is somehow controversial boggles my mind.

I get that tensions are still high with police following the Freddie Gray incident, but can’t we all get together around the idea that the police in schools should probably be armed in the event of a mass shooting? Hell, they should probably be armed in case of a gang member or some troubled kid deciding to bring a gun to school and suddenly decide he doesn’t want to go to the principal’s office.

No, that’s not a rational response, which is why we tend not to let kids make life-altering decisions.