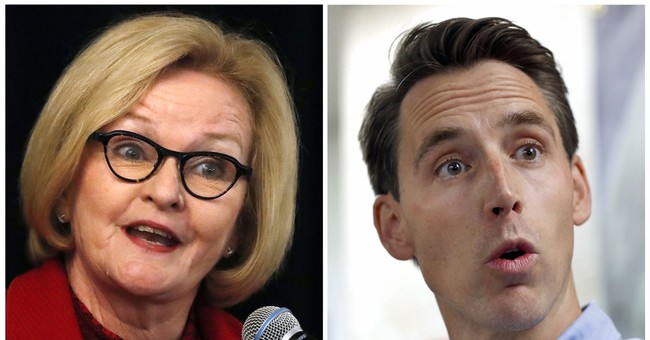 Claire McCaskill is apparently smarting from the Project Veritas videos that surfaced, showing her to not be the moderate Democrat she likes to portray herself as. After all, they’re certainly not helping her campaign in a deeply red state like Missouri.

The videos show O’Keefe’s Project Veritas Action Fund going undercover to secretly interview members of McCaskill’s campaign. The group, a 501c4 nonprofit, advertised the videos as proof that McCaskill, a Democrat, has been hiding her views on guns and abortion from Missouri voters.

McCaskill and Hawley, a Republican, are in a tight election race that could help determine which party controls the U.S. Senate.

David Kirby, McCaskill’s campaign manager, said in a conference call with reporters on Wednesday that there is reason to believe Project Veritas committed fraud that violated the state’s merchandising practices act.

That law prohibits deceptive business practices and is enforced by the attorney general’s office.

Kirby said the videos were captured under false pretenses and misrepresentations, “which under Missouri law is fraud.”

Kirby said Hawley must recuse himself and appoint a special prosecutor to look into the videos, which he called “gutter politics.”

First, Project Veritas engages in investigative journalism. Journalism is protected under the First Amendment. So long as they didn’t falsely represent themselves in an effort to make money from those they were speaking with, I seriously doubt there are any grounds for prosecution, but I’m not a lawyer.

Further, Missouri is a one-party consent state, which means so long as one party of a conversation consents to being recorded, there’s not much of anything that can be done from that end.

Not only that, but I think McCaskill knows it, too.

Instead, what she’s trying to do is spin this around and put Hawley in the hot seat. She can’t deny what’s in the video, so she’s going to try to reframe the story to make it about Hawley and a potential conflict of interest. McCaskill is trying to shift the story to make her opponent look like the villain.

Honestly, it’s her only play at this point.

The video was clear. McCaskill supports a far more radical agenda than she wants Missouri voters to believe, and that includes trying to impeach the president for blatantly partisan reasons and supporting a ban on all semi-automatic rifles, including many popular hunting rifles. She has to change that story in hopes that voters will forget it in the next couple of weeks. She and Hawley are virtually neck-and-neck in the race and voters realizing she’s another anti-gun jihadist may well kill any chance she has.

She simply has to change the story.

However, Hawley can certainly appoint a special prosecutor or he can point out that there are no grounds to do so. Either way, he can still use the video to hammer McCaskill left and right and remind Missouri voters who McCaskill really is.