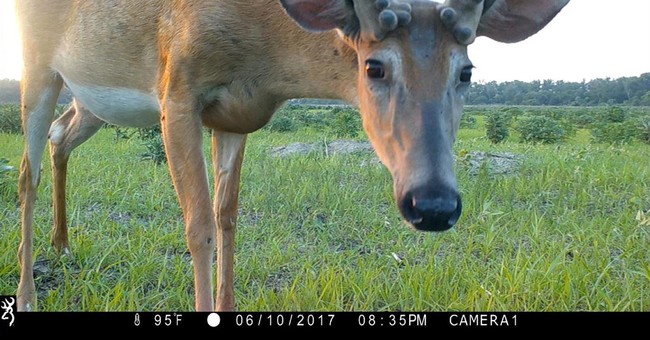 Chronic Wasting Disease isn’t something any wildlife management agency wants to see in deer herds. It’s an infectious disease that can hit large portions of the deer population, which has an impact on the entire eco-system.

To make matters worse, there’s not a lot of incentive for hunters to shoot CWD-infected deer. After all, you still have to tag it which uses up a tag you could use on a trophy or something fit for the freezer. The only reason to do so would be to manage the herd on your personal land, but that only goes so far.

In Wisconsin, though, they’re kicking around an interesting idea.

A grassroots effort to combat chronic wasting disease by paying hunters to shoot infected deer is getting support from retired Department of Natural Resources employees.

Mike Foy was a DNR biologist in Wisconsin for more than 30 years. He was on the front lines of the agency’s response to the first positive cases of chronic wasting disease in 2002. Over the last year he and retired DNR Wildlife Bureau Director Tom Hauge have been trying to raise awareness of the effort called CWD Payment4Positves.

“We take the people that they already have hunting there, we incentivize them to hunt harder with a reward to the hunter,” said Foy. “We incentivize the landowner to allow that to continue and we incentivize all the small businesses that would be necessary to take enough samples.”

The move isn’t without some pitfalls, though.

It seems that for this plan to work, a lot of deer need to be harvested. Even deer that show no signs of the disease. Couple that with what some say is incomplete data to start with, and it could lead to problems.

But some are skeptical of the idea of trying to pay hunters to reduce the prevalence of CWD would work. Mike Samuel is an emeritus professor at the University of Wisconsin-Madison. He said the first problem with Foy’s plan is a lack of data. Since mandatory CWD testing was abandoned in Wisconsin, Samuel said the number of voluntary samples has been too low to accurately target areas for increased hunting. Also, he said to reduce prevalence rates in counties that are known to have high infection rates of CWD, a lot of deer would have to be killed.

“To just randomly shoot animals and hope to reduce prevalence, you have to shoot more than half the deer every year,” said Samuel. “The deer population can’t sustain that. They can sustain about a third of it, is our potential.”

It’s a legitimate problem, but I can’t help but wonder if there’s a workable solution somewhere in the middle.

South African Doctor Who Raised Alarm About Omicron Variant: 'Symptoms Were So Different And So Mild'
Townhall
Security guard killed while protecting news crew covering a flash mob robbery in Oakland
Twitchy
This SNL Skit May Be the Funniest in a While, and Not for the Reason You Might Think
Redstate
Whose Land Did Native Americans Steal Before Europeans Stole It From Them?
PJ Media