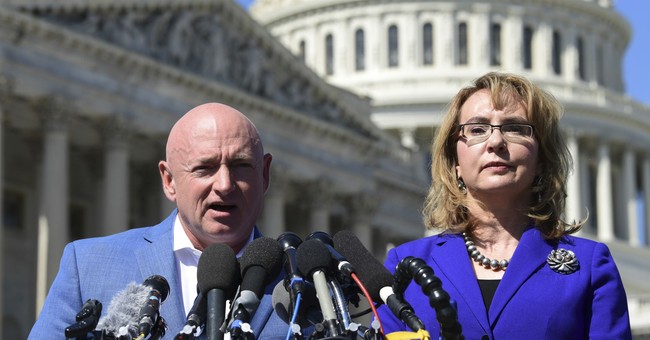 Gun control groups are desperate to swing Congress to the Democrat side of the fence. After all, it’s unlikely that the Republican Party will side with them, which means their only hope is to turn both chambers of Congress blue. Even then, it’s unlikely any gun control would be forthcoming, but at least then they have something approaching a chance.

It’s so vital to them that an anti-gun PAC is going to drop a big chunk of change in hopes of making gun control reality.

In an email to supporters, Giffords PAC said it will focus its attention on a dozen races across the country which they believe will be key to flipping control of the House of Representatives from Republicans to Democrats.

“Do you know how many seats we need to win in order to flip the House and elect a Congress that will stand up to Trump and the gun lobby? 23,” the group said in the email. “Did you know that Giffords PAC is a leading voice in the fight to win 12 of those races? That’s more than half of the number we need to flip the House.”

The Nevada Senate race between Republican senator Dean Heller and Democrat challenger Jacky Rosen was the only Senate race among the dozen the group said it would target.

Giffords is one gun control group that’s not afraid to spend money, and for a time after Parkland, they were reportedly raking in cash on par with the National Rifle Association. That means they’ve got the money to spend as well.

Of course, this raises the question as to whether these candidates will then be “wholly owned” by Giffords. After all, support from the NRA automatically means a candidate is bought and paid for, so why would Giffords be any different?

Will this gambit work, or is Giffords just blowing money?

Frankly, it’s difficult to tell. I could look at polls. But, after seeing how wrong the polling was in 2016 and on the UK’s Brexit, I’m not sure you can completely trust them at this point.

However, it’s worth noting that many of these states–Washington, New York, California–tend to have a liberal lean on the whole while others such as Colorado, Virginia, and Florida are apparently starting to shift left politically. That indicates that Giffords is looking to capitalize on places where politics generally trend their way or is starting to trend that direction.

I’m not saying it will work, but at a cursory glance, it’s not a stupid plan by any stretch of the imagination. It just means pro-gun voters will have to make it a point to head out to the polls and make sure Giffords money buys them precisely nothing.