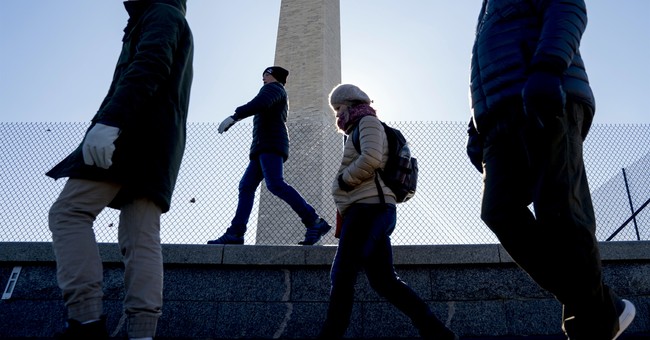 Gun control advocates routinely argue that gun control laws will reduce crime, that they take guns out of the hands of criminals. Gun rights advocates typically counter with plenty of examples of places with sky-high crime and lots of gun laws. This tends to not go over well with people who get their knowledge of firearms policy from MSNBC.

It doesn’t go over well because it’s true and they’re not prepared for that.

Kind of like how they won’t be prepared to see how gun confiscation hasn’t really helped the District of Columbia.

Few police departments are better at confiscating illegal guns than Washington, D.C.’s Metropolitan Police Department, according to a new report from NPR. But that aggressive gun-confiscation policy hasn’t done anything to curb the ballooning homicide rate in the nation’s capital, which has risen over 40 percent since last year.

Every American police department encourages its officers to be on the lookout for illegal guns, but D.C. has instituted a program that tasks teams of officers in unmarked cars to scour the streets in search of people who might be carrying illegal firearms.

D.C. officers frequently stop pedestrians and pull cars over when they observe an individual looking nervous when they drive past. They’ve also stopped and searched people for crossing the street, running away, wearing heavy coats in warm weather, or holding their pants in a certain way while walking, according to NRP.

So, do fewer guns “on the street” result in less crime? Not so much. While the homicide rate dropped between 2015 and 2017, so far this year there have been more homicides than the entirety of last year and the same number as in 2016 (135). That number is driven largely by firearm-related crime, which accounted for 77 percent of homicides in 2016.

Of course, as noted in the Guns America post, there’s more at work in firearm-related crime than the firearm itself. Triggers don’t pull themselves, after all. Someone has to operate the gun, and that is where the problem really is.

D.C. police can curtail the illegal carrying of firearms like they are as much as they want, but most murders aren’t spur of the moment things. They’re either planned or part of another crime. No one just walks down the street while carrying a gun and decides, “You know what? I’m going to kill this guy.”

Now, there are exceptions. Only a fool would argue otherwise. However, those exceptions are irrelevant.

What is relevant is that despite aggressive anti-gun actions by local police, the kind of thing anti-gunners want to see happen in every city in the nation, the crime rate isn’t dropping. It’s going up. Why?

Probably because the focus is all wrong.

In this case, the focus is all about the gun. That’s wrong. As noted above and a trillion times before, guns aren’t responsible for anything. They’re simply tools. By focusing on the tool used and not the tools using them, they’re ignoring the actual problem which is the number of violent people in and around the D.C. area.

Continued attacks on Second Amendment live in the shadow of the DOJ’s genesis
May 23, 2022 8:30 PM ET