A Year, Two Houses Of Worship, And Little Difference 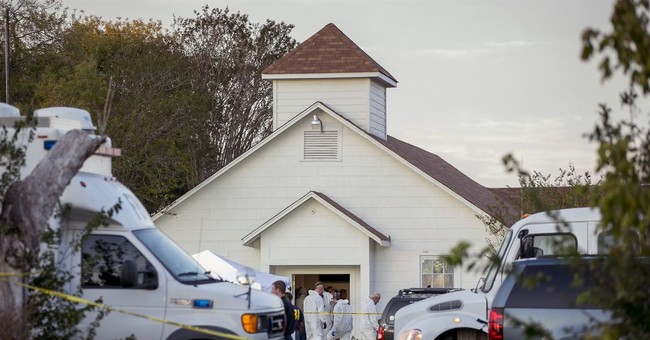 When I first learned about the Tree of Life Synagogue shooting, I was struck by one thing. It amazed me how this seemed to come so close to the one-year anniversary of Sutherland Springs, another mass shooting at a house of worship.

But some similarities shouldn’t be ignored.

Both events took place at a house of worship during worship services. Both involved buildings with a profound lack of security–yeah, I know, you shouldn’t need security at a house of worship, but this is the world we live in–that did nothing to dissuade the killer. Both incidents found the killer stopped by armed men when he tried to exit the building, thus ending the rampage that might have continued for even longer.

As more information about the alleged killer comes forward, we’ll see if there are any more similarities out there. I have little doubt that his entire life is being examined with a fine-toothed comb to find anything and everything about the guy. I expect his middle school homecoming date to be promptly interviewed on CNN during prime time. It’ll be billed as a true look inside the mind of a madman, but nothing new will come of it.

In the end, though, some fundamental truths about these kinds of attacks will continue to be missed.

For one thing, any house of worship that doesn’t have armed personnel–even members of the congregation who happen to have guns on their person–is just asking for trouble. Again, I think it’s sad that we need guns in churches and synagogues, but I didn’t decide to make the world go crazy with wanton disregard for human life. I want to see people safe, and while an armed individual may not end the threat, they can save a lot of lives.

Unfortunately, politics won’t allow some people to see that.

Instead, they’ll try to force the world they want into existence and fail to understand that they should be dealing with the world they have. They won’t get that even if they could have rid the world of guns years ago, this hateful SOB would have used something else. It’s not like there aren’t alternatives to firearms out there. Maniacs won’t stop because we got rid of the guns. The rest of us will be ill-equipped to deal with it.

To the Jewish community, I want to say something to you all.

First, I’m so sorry this happened. I’m truly sorry that you, as a people, continue to be the target of so much hate. I have dear friends who are Jewish, and they’ve shown me just how misguided all of that hate truly is. No one should have to deal with this, and I’m sorry we haven’t been able to purge all that hate away from the world.

But that hate exists. You know it far better than I do. Your people faced genocide. You say “never again,” and you mean it. You won’t be taken like that again, and I don’t blame you. I, personally, would rather die than allow it.

Unfortunately, there are those who will do things like this to rid the world of your people because their hearts and heads are filled with hate. We can’t make them all go away. We’ve tried, but they’re a cancer, one that doesn’t respond universally to treatment.

That means you, as a people, need to take precautions. If you know you’re a target of hate, make certain you won’t be a compliant target of it. Get your carry permits. Carry wherever you go. Be armed so that when you tell people “never again,” you’ll know you mean it.

I’ll do anything I can to help with that. I truly will. But I can’t be everywhere. Neither can the police. That means it’s up to you to protect yourself and your people.

Semi-Automatics And "Weapons Of War"