In Wake Of Synagogue Shooting, How Effective Are Armed Citizens Anyway 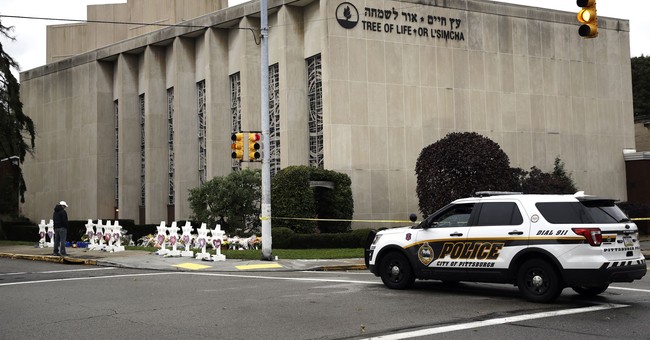 President Donald Trump stirred up a hornet’s nest when he suggested that the Tree of Life Synagogue in Pittsburgh would have been well-served with having an armed guard on the premises. The idea of an armed individual on-hand to deal with threats seems to be a complete anathema to the mainstream media. This, despite the atrocity taking place less than a year after Sutherland Springs.

Those of us on the pro-gun side of the aisle tend to argue that armed citizens are the most effective bulwark against this kind of attack. After all, despite what looks like a quick response by the Pittsburgh Police Department, the killer was able to murder 11 people inside the synagogue.

But what if there had been someone inside the building with a gun?

Well, based on a study released last month, armed citizens are pretty damn effective at shutting down bad people trying to do bad things.

Thus the headline of our report that Armed Citizens Are Successful 94% Of The Time At Active Shooter Events.

The truth is, when someone has a gun at one of these things, the death toll is far, far lower.

“Oh, but this guy shot four police officers,” someone will likely rebut, and they’re not wrong. He did.

Why was he able to do that? There are a number of factors that play into it, but part of it is also that the bad guy gets to take the initiative in things like this. He gets to decide how and when he’s going to respond while the police have to wait to see what he’ll do to some degree. They had no choice but to respond in certain ways, and unfortunately, he took advantage of that.

But with an armed citizen on hand, he has a certain element of surprise.

This jackwagon planned to kill every Jew he could find, but it’s unlikely that he planned for the possibility of armed resistance. Even if he did, the didn’t know who or where it would come from, and that could have made the difference and given an armed citizen the edge.

So remember that when someone is telling you that having a gun won’t do any good in an active shooter situation. Remember it and then understand that you’re talking with someone who doesn’t know what the hell they’re talking about.

NYTimes Argues SCOTUS Should Steer Clear Of 2A Cases

Caught Red-Handed: NBC News Busted for Editing Out a Crucial Detail in the 911 Call of the Ohio Shooting
Townhall
'Take these masks OFF of my child'! Georgia mother who's HAD IT with mask mandates LIGHTS UP school board and YAAAS (watch)
Twitchy
People Are Legit Shook After Powerfully Responsible Lemon/Cuomo Segment on Columbus Police Shooting
Redstate
The Morning Briefing: Trump's Biggest Failure Was in Not Gutting the FBI
PJ Media