No, Stacey Abrams, You ARE Anti-Second Amendment 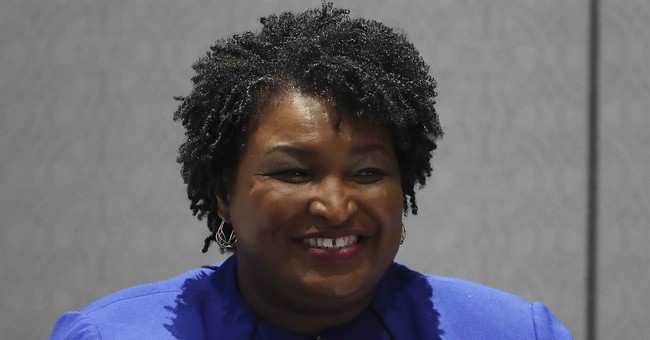 Georgia gubernatorial candidate Stacey Abrams is part of a significant number of hardline progressive candidates who are vying for office in notoriously red states. Abrams is one of the poster children for that trend. After all, her anti-gun stance is unusual for a candidate in a pro-gun state.

However, Abrams thinks it’s possible to have your cake and eat it too.

This was clear in her response to Meghan McCain when she appeared on The View on Tuesday.

According to ABC News, Abrams worked to clear up any misconceptions about her position on guns when she appeared on The View Tuesday. Co-host Meghan McCain asked the candidate a series of questions about firearms, including about banning the AR-15, a popular assault rifle used in many mass killings.

“I’m not anti-gun,” Abrams said. “My great-grandmother taught me how to shoot when I was growing up in Mississippi. … I don’t hunt because I mostly eat chicken and that seems mean.”

McCain asked whether Abrams would support an AR-15 ban, noting that the weapon is the “most popular rifle in America.”

“Most responsible gun owners understand that they have the responsibility for the firearms, and making sure that only responsible people have those firearms,” Abrams said. “That’s why I believe in a background check. I believe in a three day waiting period. I believe that those who commit domestic violence and stalking should not have access to weapons. I do not believe that weapons of mass destruction like the AR-15 belong in civilian hands.”

Abrams even cited conservative Supreme Court Justice Antonin Scalia noting, “It is possible to believe in responsible gun ownership and to believe that there should be regulations on that.”

That’s not the same as being pro-Second Amendment, though.

Scalia’s decision in Heller was an example of trying to walk a tightrope between what the Constitution says and previous precedents. Nothing more, nothing less.

However, for her to claim she’s not anti-gun while seeking to ban the most popular rifle in the nation today is ridiculous. Of course, she’s anti-gun. Her great-grandmother teaching her how to shoot doesn’t somehow undermine that. Michael Moore was a lifetime member of the NRA, but he sure as hell was anti-gun.

One’s history may shape who they are, but it’s not the sole explanation. Abrams can’t say a family member taught her to shoot and that suddenly makes her not anti-gun.

No, your actions do. Your words do.

Abrams’ strong and repeated desire to ban so-called assault rifles makes her allegiance clear, and it’s not on the side of the Second Amendment.

With just a week until the election, I sincerely hope that Georgians understand one very important thing: no matter how much she tries to dress it up, Abrams is a progressive, anti-gun elite who thinks she knows better than the rest of us hicks here in the state because she can rub elbows with the Hollywood elite. I hope they recognize it and reject it outright.

The one thing Abrams most definitely is is anti-gun. No matter how much she tries to claim otherwise.

What FiveThirtyEight gets wrong about gun research
Feb 06, 2023