Despite Parkland Promises, Gun Control Not The Big Issue This Election 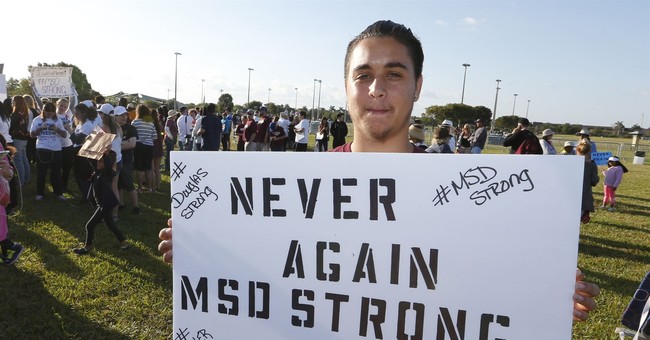 In the immediate aftermath of the Parkland massacre, gun control advocates jumped up on their soapboxes and declared that November’s election was going to be all about gun control. Anti-gun groups started spending money like there was no tomorrow. They were bound and determined to make this election a referendum on gun control versus gun rights.

Like most things the anti-gunners try to do, it failed.

Gun control groups are on track to outspend the National Rifle Association in federal races for the first time in years, yet even post-Parkland they’re struggling to make headway in this year’s midterm elections.

Less than one out of every 50 broadcast campaign TV ads run in federal races over the last two months has dealt with gun control, lagging far behind the big issues of health care and taxes, according to a new study by the Wesleyan Media Project.

“It’s just not getting much attention,” said Travis Ridout, a co-director of the project, which has been tracking midterm campaign ads.

After the shooting at Marjory Stoneman Douglas High School in Parkland, Florida, gun control activists vowed to force the issue into this year’s races. Students from the school led national protests and promised to punish the NRA and its candidates.

But the gun control groups’ message is being drowned out by other issues, and it’s unclear how much of a difference that spending will make.

There’s probably a very good reason for that.

In most people’s day-to-day lives, they don’t see the gun violence that is supposedly plaguing the nation. They see the news, and that’s troubling, but after a while, they start to realize that despite the rhetoric, guns aren’t that big of a problem.

Instead, they recognize other things as much larger issues. After all, odds are they’ll never experience the horrors of gun violence, but something like the economy impacts everyone. The same is true for health care and education, and those are three of the top four issues voters are expressing concern over this election cycle, the fourth being terrorism.

Guns aren’t that high of a priority for many voters, except for those who support the Second Amendment, anyway.

For us, gun control is a vital issue because it tells us a lot about a candidate. One who is willing to accept new regulations in one regard is one who will accept more of them later. Not only that, but they’ll accept new regulations on just about anything. After all, look at the number of people who support gun control and also want to ban so-called “hate speech.” This should be especially troubling in a world where anyone who disagrees with these folks is called Nazis as a default position.

In other words, it’s likely that anti-gun groups are wasting their money. Even if a blue wave happens, it’s unlikely that gun control played any significant factor in the win, but if it fails to materialize, just how much of that lays at the feet of gun grabbing groups?

But hey, if they blow their cash now, they won’t have it when it might actually make a difference. A big win for our side at least.