'This Is Us' Provides More Evidence Of Media Bias 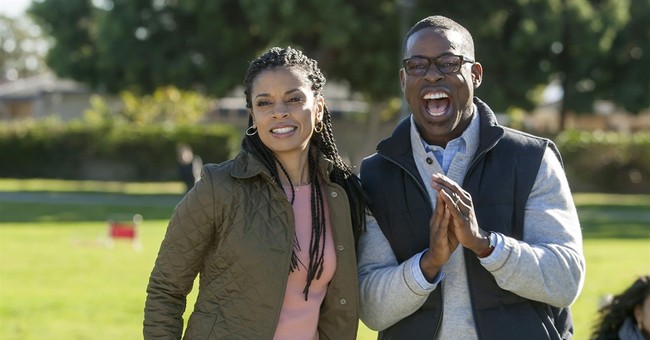 When you’re on this side of the gun debate, you get used to understanding that the media is against you. It’s one of the first things you learn. After a while, it’s hard not to see that bias everywhere.

But a lot of people never notice it. They don’t pay that much attention and never realize how the media is heavily biased against roughly half of the country. I’ll admit that I used to deny it even existed myself.

However, Hollywood has a definite anti-gun bias despite their reliance on firearms to make a product people want to watch.

Recently, they decided to offer more proof of that.

The ending credits for the most recent episode of NBC’s hit drama This is Us promoted the Michael Bloomberg-funded gun control group, Everytown for Gun Safety.

Newsbusters published a screenshot of the ending credits, which referenced the Tree of Life Synagogue shooting, saying, “Our hearts are broken. We stand with our television hometown of Pittsburgh. To learn more about ending gun violence visit Everytown.org.”

When viewers go to Everytown.org they are urged to vote for gun control candidates in the upcoming midterm elections and they’re told about “America’s unprecedented levels of gun violence.” Voters are not told that America’s surge in homicide rates occurred 2014-2016, the last two years of the gun control presidency of Barack Obama, nor are they told that Democrat-run cities like Baltimore, Chicago, New Orleans, St. Louis, and others, had so much gun crime that they drove the numbers up for the whole country.

Look, I don’t have any issue with them saying their hearts are broken over the shooting in Pittsburgh. In fact, I think that is a nice thing to add at the end of an episode of a TV drama. It’s good for the people of Pittsburgh and the Tree of Life Synagogue to know that people are with them.

But that’s where it should have ended.

The fact that it didn’t means one of a few possible things. Either they knew precisely what they were doing and didn’t give a damn about how people would feel about the push for gun control or they didn’t, in which case they were so completely oblivious to what’s going on in the world today that they have no business opining on much of anything.

Like it or not, a large chunk of the American public doesn’t believe in gun control. They understand that gun laws make us less safe and empower criminals to act with impunity because there’s no one left around to dissuade them from their activities. Good people die because they don’t have the means to defend themselves while the bad guys keep arming themselves in defiance of the law.

Whoever’s bright idea it was to include that at the end of the show is an idiot. The only real topic up for debate is just what kind of an idiot he or she is. Are they so wrapped up in their bubble that they’re surprised to find out that people don’t agree with them, or are they the kind of moron who thinks it’s alright to preach to people?

Who knows. What I do know is that it’s yet another reason to not watch that particular show.