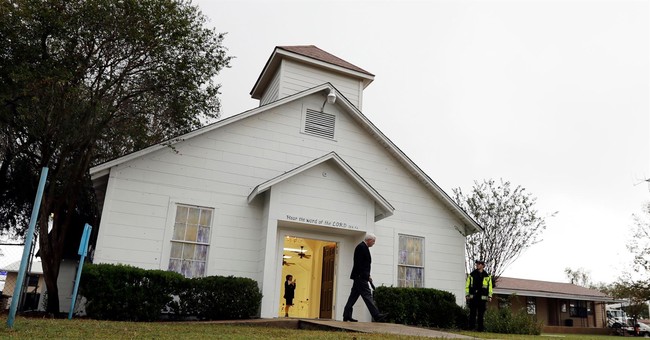 In the wake of Sutherland Springs just under a year ago, many churches started looking to have their own security. Many states made moves to make it easier for them to do so, as well. The understanding was that had the gunman met armed resistance earlier maybe he wouldn’t have massacred so many people.

I don’t believe that thinking is wrong in any way.

With the shooting at the Tree of Life Synagogue in Pittsburgh a week ago, it’s clear that not every house of worship has gotten the memo. To that end, the folks at the United States Concealed Carry Association (USCCA) have a proposal. They’re offering free training to protect our houses of worship.

The group, which sells firearms training and concealed carry insurance, said the recent anti-Semitic attack on a Pittsburgh synagogue that left 11 dead and 5 wounded is the kind of attack the training series is designed to defend against.

“On behalf of the more than 250,000 members of the USCCA we mourn for the victims, their families and the City of Pittsburgh,” Tim Schmidt, president of the USCCA, said. “They are all in our prayers. Sadly, this latest shooting is a reminder that too many lives have been lost because murderous maniacs know that our places of worship are soft targets where those inside often don’t have the ability to protect themselves.”

The series will debut on the company’s website on Monday at 7 p.m. CST. It will feature trainers from USCCA leading students through scenarios with specialized equipment like “stress vests” and simulated UTM ammunition. The company said the training sessions will cover “what to do when there is an active shooter in your church, what you can do to prepare, where your security team members should sit, tips on deadly force decision making, and the proper size of a house of worship security team.”

The video series will be followed by a live training event on Nov. 12 that will be broadcast across the company’s YouTube, Facebook, and Twitter accounts. Schmidt said the series will be available free of charge and is intended to educate the public and encourage more people to carry a firearm for self-defense.

“In countless situations across this country, concealed-carry permit holders have been the front lines of defense against evildoers because they have the necessary knowledge, training and experience to protect those around them,” Schmidt said. “As a society, we should be having an important conversation about whether we are truly doing everything possible to protect ourselves and those around us. This new training offered by the USCCA will hopefully provide life-saving advice for anyone who has to confront an active shooter situation.”

The Pittsburgh attack reignited the debate over how to respond to mass shootings and other violent attacks at vulnerable places like houses of worship or schools. In the aftermath of the attack, President Trump said “results could have been much better” if somebody at the synagogue had been armed. Schmidt said he agreed with the president’s sentiment. Gun-control activists took the opposite approach, saying Americans shouldn’t feel the need to be armed when they go to worship and warning that armed civilians could cause more harm than good.

Of course, gun control advocates always take the opposite approach. They can’t comprehend that the gun can’t act on its own and thus can’t be responsible for what some jackwagon does with it.

The only reasonable response is for armed individuals inside our houses of worship to be there to meet the threat.

It may not stop mass shootings entirely, but maniacs will be more likely to look at other targets than churches to unleash their evil upon. I don’t care how you cut it, that’s still a win.