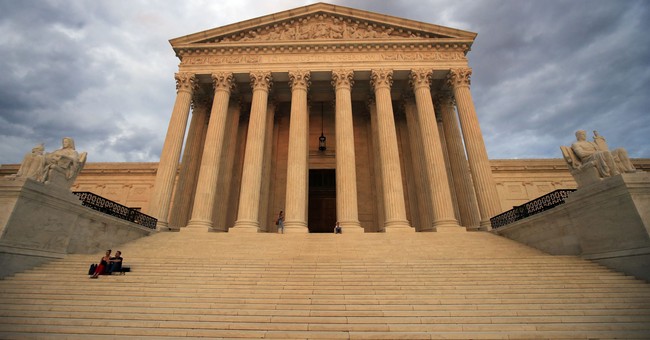 If there is a group that gun folks can easily find common cause with, it’s the knife rights crowd. After all, the right to keep and bear arms isn’t exclusively talking about guns, but any kind of “arms.”

Not only that, but we both have a common foe in New York City, which unduly restricts the carrying of any kind of arms.

Now, a case over knife rights in the Big Apple is headed to the Supreme Court.

Knife Rights is going forward with an appeal to the Supreme Court of the United States of the Second Circuit’s decision in favor of New York City and District Attorney Cyrus Vance, Jr. in our long-running civil rights lawsuit over their persecution of pocket knife owners.

Justice Ruth Bader Ginsberg last week granted us a 60-day extension until January 13th, 2019, for submission of our petition for a writ of certiorari asking the Court to hear our appeal.

While our lawsuit against New York City and DA Vance centers on their abusive enforcement of New York State’s gravity knife ban against owners of common pocket knives, the focus changes somewhat as it moves to the Supreme Court. Keep in mind that the Supreme Court does not generally agree to hear a case just because any particular decision in a case is unjust, irrational or just plain terrible, all of which describe this ruling in spades.

Beyond settling major constitutional issues, the Court will sometimes choose to resolve differences in the application of Federal law among different Federal circuit courts when its decisions are not applied the same throughout the U.S. The Second Circuit panel’s ruling regarding our constitutional vagueness claim in this case opens up that possibility with starkly split decisions between it and other circuits, as well as splits between a number of state courts. The writ explains why this case is important and worthy of the Court’s limited time.

While all this is important for knife rights activists, there always exists a potential for gun rights to be expanded by the Court.

After all, New York City heavily restricts pretty much all arms. Should the Court decide to lower the boom on that as a whole, gun rights open up throughout the city. To call it a significant victory would be a massive understatement.

That said, don’t hold your breath. The Supreme Court is notorious for not issuing broad rulings as a general rule and rarely offers decisions that extend beyond the case in question. While the justices may decide to rule in favor of knife rights, I’m unfortunately confident that it will read in a manner where it doesn’t cover anything but knives.

Which will be a shame, if I’m right, but not an unexpected one.

But this will also be the first test of Justice Brett Kavanaugh as a member of the Court in a case with Second Amendment ramifications, so how he’ll side should be telling for the long run. Especially after his treatment by the left during his confirmation.