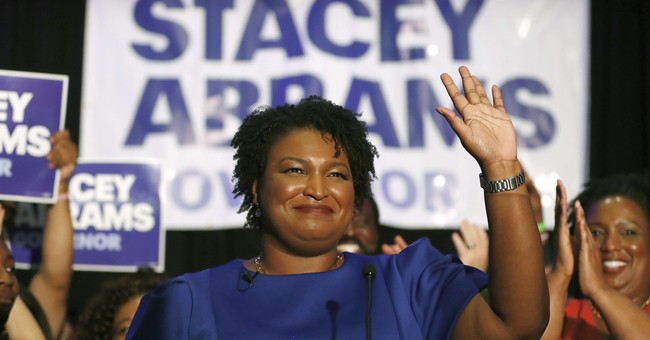 With Tuesday’s elections looming large, the battle lines have been clearly drawn for some time.

That’s especially true in places like Georgia, where the Democrats have decided to combat years of Republican control by rolling hard to the left with their candidate choices. As a result, progressive Stacey Abrams has a strong chance of being the next governor.

And to be clear, she’s not making any bones about her anti-gun beliefs. While she’s saying she’s open to discussions on gun control, Abrams makes it clear that she expects some kind of Assault Weapon Ban to be passed in the Peach State. That also includes the possibility of forcing Georgians to turn in their guns.

Yeah, that’s not going to happen. I’m not turning in jack.

I’ve said before that I think the laws should be enforced and those who break the law should be punished, and I’m not stepping away from that. But I’m not turning in a damn thing. That’s my line in the sand. At that point, I’ll willingly become a criminal because I’m not giving up anything.

If I’m arrested and punished, so be it, but she isn’t getting my guns. Not a damn one. Not without having to send large numbers of armed men into my home and taking them by force.

Now, to be fair, I’m far more likely to move than make some defiant stand and risk my family’s life to make a point, but that’s not an option for a large number of Georgians, people who own these guns.

Abrams’ talk about “starting a discussion” isn’t anything of the sort. She doesn’t want a discussion. That’s what campaigns are for.

What she wants is to disarm law abiding citizens because her delicate, progressive sensibilities can’t fathom the idea of an armed populace. I don’t care how many times she claims she believes in the Second Amendment. The fact that she’s even considering trying to make people turn in their lawfully purchased guns is yet more proof that she believes in nothing of the sort.

She’s saying she believes in the Second Amendment only because she knows too many Georgians are already leary of her leftward lean, especially on the issue of guns. She’s using it as smoke and mirrors to try and hide her true agenda from the voters. The only thing she isn’t doing is lying about it, so I’ll give her that at least.

What I don’t think she’s considered is that there are a lot of people who would refuse such a law. Georgian gun owners are a prickly lot in many ways. We’re not known for being eager to comply with unconstitutional laws.

But Abrams has made it clear that she wants an assault weapon ban and that she believes she’s going to get it.

If my fellow Georgians needed any other reason to get out and vote tomorrow, this should do it. We can’t allow someone like this in the governor’s mansion by any stretch of the imagination. Especially considering who is supporting her.