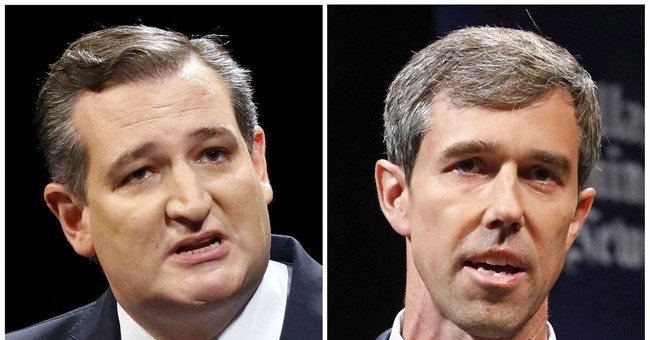 Ever since 2016, Democrats have predicted a Blue Wave to sweep through the halls of Congress and put President Trump in check. Allies in the news media echoed this, and it didn’t hurt that history was on their side. After all, the president’s party tends to lose a lot of ground in the midterm elections.

Over the last few weeks, some experts worked to temper expectations. They weren’t so sure the Blue Wave was going to materialize, but others were convinced that it was a foregone conclusion.

The “Blue Wave” became “Red Dead Redemption” as the supposedly dead-in-the-water Republicans pulled out a huge upset all across the country in what has to be taken as a partial rebuke of gun control policies.

One of the biggest examples has to be the failure of Beto O’Rourke to unseat Republican Sen. Ted Cruz (R-TX) despite running the most expensive Senate campaign in American history. While O’Rourke was already being mentioned as a possible candidate for president in 2020, he still failed to win a statewide race to get into the Senate, at least in part due to his radical anti-gun views.

Republican Rick Scott, who may still be on the naughty list with many Florida voters after signing a host of gun control bills into law following the Parkland shooting, managed to pull out a win in that state. While many pro-gun voters were still upset with Scott, that didn’t stop many from holding their nose and voting for him over Sen. Bill Nelson (D-FL).

However, Scott’s win over Nelson wasn’t the only rebuke of gun control Florida voters gave. Tallahassee Mayor Andrew Gillum campaigned at least in part on dismantling the series of laws that led to Florida earning its “Gunshine State” moniker, yet he fell to former Congressman Ron DeSantis.

Amusingly enough, it looks like candidates caught on video supporting gun control, positions they wouldn’t support publicly, had a rough night as well.

While Arizona’s still too close to call, Kyrsten Sinema’s brush with Project Veritas doesn’t seem to be doing her any favors as she’s trailing Martha McSally.

Another race that’s too close to call is here in my home state of Georgia, where Republican Brian Kemp is leading the anti-gun Stacey Abrams who is refusing to concede as of this writing. She’s convinced the absentee ballots will kick this one to a runoff election. I’m a little skeptical that she’ll make up the two-plus points she’s trailing just by absentee ballots unless something hinky is going on.

Today, many Democrats are wondering just what the hell happened. Now, to be fair, they did gain control of the House, which isn’t going to be helpful for President Trump and it’s not very helpful for us. It means there’s no chance of the SAFE Act, which would in part legalize suppressors, making it to the floor for a vote. Even if it did, there’s no way it would pass now.

But because the GOP held onto the Senate and even looks to have made some gains, it also means gun control can’t sail through either.

What’s telling is the difference between this midterm election and the first midterm of the Obama presidency. Historically, the party in the White House loses ground during the midterm, so few are surprised the GOP didn’t maintain a lock on the House. However, the 2010 midterm saw Republicans pick up 63 House seats and six in the Senate. It was a massive, humiliating defeat for Obama.

As it stands as of this writing, Democrats only picked up 26 seats with 23 still undecided and lost ground in the Senate. Even if Republicans lose every one of those seats–and they’re currently leading in a lot of those undecided races–they would still fail to have gained as much as the GOP did in 2010.

Honestly, this is a huge blow to a party that was desperate to take Congress, and yes, much of that has to do with their push to roll hard left on guns.

While their base loves the idea of gun control, independents aren’t comfortable with some of the measures being proposed. Not just a return of the 1994 Assault Weapon Ban, but an all-out ban on semi-automatic rifles, including many heirloom firearms in the closets and gun safes of many independent voters.

Not only that, but those that don’t care about guns really don’t care. Gun control isn’t a touchstone issue for people likely to consider a Democrat for office. It only motivates the handful of gun control activists which make up a minority of the electorate.

Meanwhile, it fires up the pro-gun voters to support whoever is running against them.

The question now is, will Democrats learn from this and step back on issues like guns after seeing such a stern rebuke, or will they look at their modest gains and decide they need to double down.

It should be interesting to watch, that’s for sure.

Facts About Canada's Violence Mimic Our Own