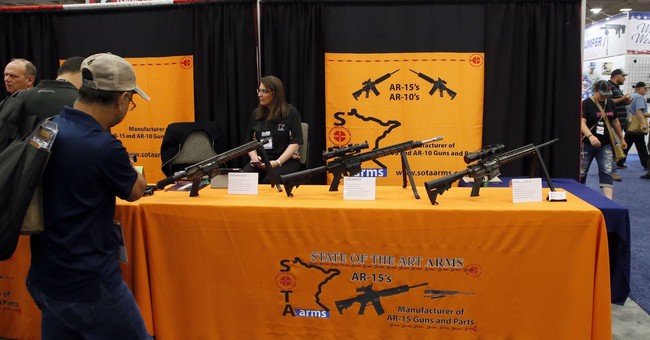 I’ve got some good friends in Washington state, and one thing I’ve heard from some of them is their concerns over I-1639 passing.

The ballot measure would usher in a whole host of new gun regulations in a state that has something of an identity crisis when it comes to guns. On one hand, it has preemption and a Shall Issue law. On the other hand, it has universal background checks.

Of course, that was before yesterday.

Today, I suspect my friends are not happy campers.

Despite growing national support for stricter gun laws, Washington was the only state with a gun control measure on the ballot this election. Its passage would make Washington’s gun regulations some of the strictest in the nation.

I-1639 raises the minimum age to buy a semi-automatic firearm from 18 to 21. It also requires buyers to pass a more thorough background check, go through a 10-day waiting period and complete a training course. The suite of new regulations also contains a “dangerous access prevention” law that increases liability for gun owners who don’t securely store their weapons. If a weapon ends up in the hands of someone banned from owning a gun, for example, the legal owner could be charged with a felony.

These aren’t Washington’s first gun control laws. A Boston University report found 43 gun-related regulations on the books in the state. In 2014, voters approved a new requirement for background checks on private gun sales and in 2016 they approved a measure that allows courts to temporarily block people from buying firearms if they’re deemed to be a danger to themselves or others.

The passage of I-1639 would put Washington’s gun control in line with California, Hawaii and Massachusetts — the states with the nation’s strictest gun control policies.

OK, I know I’m biased here, but being in line with those three states isn’t a good thing. After all, the right to keep and bear arms is a constitutionally protected right. These laws all run counter to both the text and intention of the Second Amendment.

Of course, the people have spoken.

The problem with states that have ballot initiatives like Washingtons is that anything can get thrown on the ballot if you have enough money. Just wait until some little old lady is charged with a felony after her gun is stolen and see how people react. Wait until we see that minority gun owners are prosecuted more often or how so-called safe storage laws disproportionately impact poor gun owners.

At that point, there may likely be another ballot initiative that undoes all that this one does, and that’s assuming it withstands the inevitable legal challenge. After all, this particular ballot initiative was steeped in controversy from the start. Some have argued that proponents failed to follow state law on this measure, which could spark more court cases as pro-gun groups work to overturn the law.

In the end, Washington may be stuck with this law for a little while, but how long? I’ll admit that my speculation above could just be wishful thinking, but I hate to see anyone have to deal with what gun grabbers in that state are inflicting on the citizenry.

Either way, in a night that could be seen as a stern rebuke of gun control policies, Washington will likely bolster the egos of the anti-gun crowd and convince them to push harder than ever.

A Transgender 'Mother' Who Has Two Transgender Kids, Advocates For This State to Become a 'Trans Refuge'
Townhall
Jerome Adams' attempted swipe at DeSantis over 'health decisions' BACKFIRES in a most spectacular way
Twitchy
There Are Big Problems With Biden Team's Evolving Story About Prior Chinese Balloons
Redstate
Biden's Story About the Spy Balloon Doesn't Add Up; Here's What Most Likely Happened
PJ Media