March For Our Lives Unveils Their Radical Gun Control Agenda 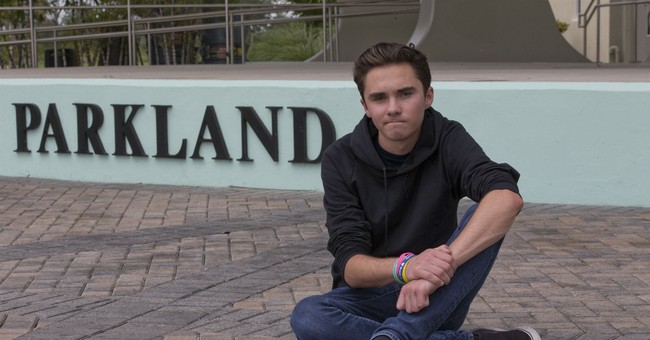 March For Our Lives is one of many gun control groups out there, and there’s little to differentiate them from the other groups save for the youth of their founders. Like Brady or Giffords, they spawn from a terrible tragedy where those left behind are using that status to try and blame the tool used rather than the tool using it.

However, while Brady and Giffords temper their ambitions with a touch of practicality–they may want to ban guns, but they recognize that universal background checks are a tough enough sell as it is–March For Our Lives hasn’t figured that out yet.

That’s probably why their recently announced gun control agenda is a profoundly radical retool of the Second Amendment.

March for Our Lives has been focused on voter registrationand outreach across the country over the past year and a half, building a national infrastructure with more than 100 chapters centered on grass-roots organizing. They hope to turn that into droves of voters at the polls next year.

Called “A Peace Plan for a Safer America,” the ambitious platform, which was obtained by The Washington Post, goes much further than the current debate over universal background checks and “red flag” laws, which would apply to people who could be a danger to themselves and others.

The Peace Plan would create a national licensing and gun registry, long a nonstarter with gun rights advocates; ban assault weapons and high-capacity magazines; implement a mandatory gun buyback program; and install a “national director of gun violence prevention” who would report directly to the president and coordinate the federal response to what advocates call a national public health emergency.

It would dramatically increase restrictions around owning guns in ways sure to spark fierce blowback, including raising the age to 21 from 18 for those who want to buy guns. It calls for a “multi-step” gun licensing system, overseen by a federal agency, that would include in-person interviews and a 10-day wait before gun purchases are approved. The license would be renewed annually.

In the vein of the Green New Deal, the Peace Plan takes a holistic approach to gun violence by also calling for automatic voter registration when those eligible turn 18, along with the creation of a “Safety Corps,” which the authorscompare to a Peace Corps for gun violence prevention. The plan also proposes community-based solutions like mental health services, as well as programs to address and prevent suicide, domestic violence and urban violence.

One of the March For Our Lives board members called the plan “bold.”

I call it insane.

A gun license that has to be renewed annually? You’re going to have a virtual impossibility of getting a one-time gun license passed at the federal level, even if Democrats win both chambers of Congress and the White House in 2020, much less an annual one. And a mandatory gun buyback program? Let me introduce you to three little words: Cold. Dead. Hands.

It’s sad when someone is making Shannon Watts look like a voice of reason, but March For Our Lives has managed it. Good job.

I get it. They’re kids. They’re idealistic and completely immune to reality. Who isn’t at that age? But there’s absolutely nothing in this agenda that’s remotely reasonable. The scary part? This is probably them trying to be somewhat realistic. They actually think they can get all or most of this.

Well, it’s up to the grownups to disabuse the youngsters.

This isn’t going to fly in Congress, even with a gun-grabbing majority, but they can do enough damage. So, let’s use this. Let’s use this as a rallying cry, use it to circle the wagons and hammer every single voice that claims they’re not wanting to take our guns. After all, what else is a mandatory buyback but an attempt to confiscate guns with a polite face on it?

Ex-Biden Thought Police Chief Throws a Tantrum That Exposes DHS' True Goal
Townhall
Official @POTUS account makes an a*s of itself bragging about 70K TONS of baby formula (deletes but we got it)
Twitchy
They Want You to Suffer
Redstate
The Morning Briefing: Biden's Formulagate Has a Third World Hellhole Feel to It
PJ Media