All across the country, the idea of students of legal age being permitted to carry a firearm on a college campus immediately leads to howls of protest. Professors–a group known to lean pretty far left anyway–scream that their lives will be in danger and how they’ll lose their academic freedom because they’ll be too fearful to espouse a controversial opinion to their classes because they won’t know who may be armed.

These fears are predicated on the idea that some number of concealed carriers are actually unhinged mass shooters in the making who are simply waiting for a trigger, something that hasn’t been shown in any of the states who have adopted campus carry.

It’s a topic of some interest over at The College Fix. They make the case that a couple of years after Texas has adopted campus carry, that yes, academic freedom is safe and sound after all.

As the NRA notes, it is “puzzling that [the professors] have refused to comment on the actual fallout of the 2015 law.” It’s actually rather understandable. The campus climate at the University of Texas is almost certainly doing just fine. Academic freedom is as free as it was before the law was passed. Students aren’t killing each other over heated discussions about Ovid or the Missouri Compromise. Life goes on. Anti-gun partisans have always insisted that expanded gun rights will lead to more violence and more killings, and time and time again they’ve been proven wrong. It’s a shame they’re unwilling to admit it.

Of course, that’s also not surprising.

Time and time again, anti-gunners trot out the mantra of “the streets will run red with blood” or some variation, only to be proven wrong each and every time, yet they’re given a pass by the media when they bring it back out for the next go around. There’s no effort to look at these claims critically or judge the speakers by their previous failures as prognostication.

They suck at telling the future.

In fairness, it’s a difficult thing to do. However, you’d think they’d give up after being wrong so many times in a row and never getting it right.

Students at the University of Texas and at any other school aren’t going to start gunning down teachers or classmates over disagreements. It’s just not something that happens, especially not as often as the fearmongers try to suggest.

That’s something these terrified professors were never able to do and will never be able to do.

Instead, they’d be forced to cower like everyone else, hoping a killer just passes them.

I’m sorry, but who would want to live like that?

Well, some people don’t and now the laws in places like Texas allow them to make sure they’re not easy meat for some predator stalking the hallways of their schools or the streets surrounding the campus.

And professors are still free to prattle on incessantly about privilege, intersectionalism, and other such nonsense to their heart’s content. Academic freedom isn’t stifled. If anything, it’s better protected. 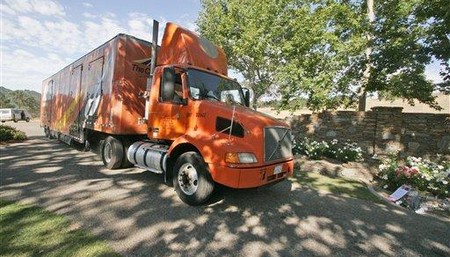