It’s been over a decade since the Supreme Court ruled on McDonald vs Chicago. That case was an important win for the pro-gun side as it clearly established that the Second Amendment applied to states and local governments as well. That was an important point, especially on the heels of Heller ruling that it protected the individual’s right to keep and bear arms, a point that many seem to ignore.

Since then, the Court was reticent to take on any new gun cases for some reason, but this year they finally agreed to another.

The Supreme Court is turning to gun rights for the first time in nearly a decade, even though those who brought the case, New York City gun owners, already have won changes to the regulation they challenged.

The justices’ persistence in hearing arguments Monday despite the city’s action has made gun control advocates fearful that the court’s conservative majority could use the case to call into question gun restrictions across the country.

Gun rights groups are hoping the high court is on the verge of extending its landmark rulings from 2008 and 2010 that enshrined the right to have a gun for self-defense at home.

It found the right to keep and bear arms was an individual right and that its restrictions applied not just to Congress but to state and local governments as well.

For years, the National Rifle Association and its allies had tried to get the court to say more about gun rights, even as mass shootings may have caused the justices to shy away from taking on new disputes over gun limits. Justice Clarence Thomas has been among members of the court who have complained that lower courts are treating the Second Amendment’s right to “keep and bear arms” as a second-class right.

Justice Thomas is, of course, correct. The American people routinely accept or even demand the kind of restrictions for guns that they would never tolerate regarding their freedom of religion or freedom of speech.

The lower courts routinely find in support of local and state gun restrictions simply because they’re trusting elected officials. That’s something that would never fly if it was anything but firearms. If a city required a permit to write about local politics, for example, the courts would flip and it would be overturned in no time flat. As well it should.

The lawsuit in New York began as a challenge to the city’s prohibition on carrying a licensed, locked and unloaded handgun outside the city limits, either to a shooting range or a second home.

Lower courts upheld the regulation, but the Supreme Court’s decision in January to step into the case signaled a revived interest in gun rights from a court with two new justices, Neil Gorsuch and Brett Kavanaugh, both appointees of President Donald Trump.

Officials at both the city and state level scrambled to find a way to remove the case from the justices’ grasp. Not only did the city change its regulation to allow licensed gun owners to transport their weapons to locations outside New York’s five boroughs, but the state enacted a law barring cities from imposing the challenged restrictions.

This, of course, is true. However, it’s important to understand that just because they changed the rule doesn’t mean the situation in question can’t change back. This is an anti-gun city in an anti-gun state that changed things in a vain hope to prevent the Court from hearing on this case. There’s every reason to believe that given half a chance, they’ll change those rules back.

Plus, frankly, the Court probably didn’t take too kindly to threats by Democrats warning the justices to not hear this case or face a court-packing effort once they gain enough power. While the Supreme Court is supposed to be above such matters–in fact, the lifetime appointment of justices is so they won’t be beholden to politics–I can’t imagine them taking such threats kindly. How will that impact matters?

Honestly, there’s a lot to unpack here and I’ve only got so much time. Luckily, Cam is going to have Julio Rosas from Townhall on Bearing Arms’ Cam & Co. today to talk about this from the Supreme Court, so be sure to check that out. They’ll have the latest news from the Court, including expected protests by gun control groups. 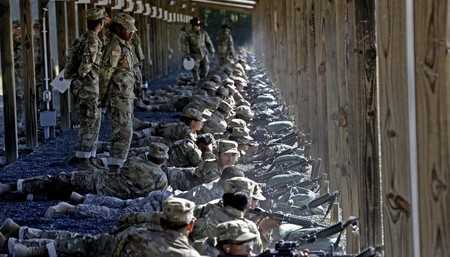 Montana Board Of Regents Considers Lawsuit Over Campus Carry
May 18, 2021 6:30 PM ET