Florida is an interesting state.

Not just because of the meme of “Florida Man,” a meme that keeps being reinforced with a new headline seemingly every week of something bizarre taking place at the hands of someone from Florida.

No, it’s an interesting place because despite having a pro-gun reputation and a GOP-controlled government, they can get kind of weird about guns. The aftermath of Parkland saw several new measures passed and now we have the attorney general making one of the most frightening arguments in defense of one of them possible.

However, the speaker of the house in the Sunshine State warns that gun control bills aren’t going to be warm in the Florida sun in his chamber.

An effort to close the so-called “gun-show loophole” that now allows the sale of firearms without background checks is not likely to win support in the Florida House.

A Senate committee has backed legislation that would require someone purchasing a weapon at a gun show involving a non-licensed dealer to undergo a background check. The bill (SB 7028) would also require more documentation of private gun sales not made at a gun show.

The National Rifle Association has condemned the proposal, with the NRA’s top lobbyist in Tallahassee, Marion Hammer, calling it “nothing less than gun control on steroids.”

But House Speaker Jose Oliva, a Miami-Dade County Republican, predicted Wednesday the measure is not likely to win favor in the more conservative-leaning House.

“That is a proposal like so many others that probably will not move very far here in the House if at all, because that’s just the way the chambers are,” Oliva said.

Ultimately, that’s for the best.

First, the “gun show loophole” mentioned in the first paragraph is nothing more than a name the media made up to describe face-to-face transfers that have been legal in this country since forever. All licensed gun dealers–you know, all those guys with booths full of guns at gun shows as well as the people in the stores–are required to conduct a background check prior to all sales. The idea that gun shows facilitate sales to prohibited people is a myth.

That said, universal background checks have been getting a big push. It’s good to see that it’s unlikely that Floridians will get saddled with that particular bit of stupidity, a bit of stupidity that ignores completely how most criminals actually get their guns.

After Parkland, law-abiding gun owners were forced to watch as their state adopted some pretty stupid measures. There’s no way they’re remotely interested in treading this ground all over again. It sounds like the House feels the same way, so it’s unlikely they’ll have to go through this all over again.

Maybe, if lawmakers want to do something that will reduce violence, they’ll start working on efforts that target the small handful of people who are responsible for violent crime in their state and not the law-abiding citizens who are the only ones who get impacted by gun control. 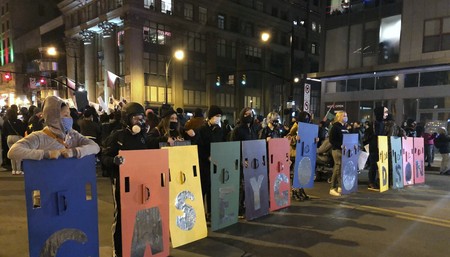