With Philly Violence "Lack Of Urgency" A Good Thing

Philadelphia is one of a plethora of American cities that have seen an influx of violence in recent months. That’s not really surprising. While it may be called “The City of Brotherly Love,” that love tends to be more of the abusive kind than anything else.

Yet it’s gotten much, much worse.

In Philly, a recent effort to address it resulted in a six-hour hearing.

Day 2 of an emergency hearing on gun violence prevention in Philadelphia began with several testy exchanges.

The thing is, that “lack of urgency” is actually a smart move right about now.

Ever the riots swept the nation, we’ve seen a significant increase in violent crime pretty much everywhere. Whether it’s directly related to the protests or the lockdowns that preceded them or something else is impossible for us to say right now, and that’s the problem.

Right now, we don’t even really understand the violence. Sure, everyone has an idea, but that doesn’t mean any of them are necessarily right.

Yet what some want to see is action now. They want someone to do something. Anything.

The problem is that such a thing leads to faulty logic. In particular, the syllogism of:

However, that something may not help. It may make the problem worse if you’re not careful.

For example, I know what some of these people really want. They want gun control. They want to curtail the civil liberties of people by restricting law-abiding citizens’ access to firearms.

Gun control is their “something” that has to be done.

The problem is, we’ve seen plenty of evidence telling us that gun control doesn’t stop the violence. Violent criminals aren’t buying their guns from the local gun store, after all.

What actually happens is that now the criminals know that the average citizen is unlikely to be armed, so they’re free to run rampant over entire neighborhoods. The tyranny of the thug rises and creates an environment that is unacceptable for any free man or woman. Yes, even if violent crime actually reduces.

After all, there are worse things than violent crime. There’s the illusion of peace that exists simply because everyone is too afraid to oppose the malicious thugs that rule their streets.

So yeah, a lack of urgency is hardly the worst thing in the world, especially when you’re addressing such a complex issue as violent crime. It’s a good idea to take your time and try to determine how best to use a city’s limited resources in a way that will best impact the bad guys without creating an undue burden on the law-abiding.

Lack of urgency, as it was called, isn’t a lack of caring. It’s wisdom. 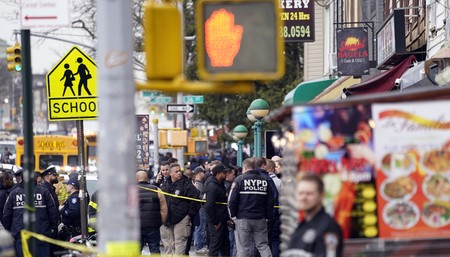