Lauren Boebert shocked a lot of people when she won her primary race. Few expected for the restaurant owner to make that much of a splash into politics, yet here we are.

Boebert isn’t shaping up to be some kind of squishy Republican, either. She’s taking hard lines and a lot of people don’t like it. They dislike it so much they’re willing to liable an entire organization to make a point.

The far-right Gun Owners of America (GOA) group is endorsing Lauren Boebert for Colorado’s 3rd congressional district at an in-person event in Pueblo this Saturday. GOA is a fringe pro-gun group that, like Dudley Brown’s National Association for Gun Rights, has sent fundraising emails asking for money to defend Kenosha shooter Kyle Rittenhouse.

The group also has a history of promoting extremist conspiracy theories. Following the Aurora theater shooting in 2013, GOA issued a press release offering founder Larry Pratt’s availability to discuss the possibility that the massacre was a false flag attack orchestrated by the federal government.

So, one ranking member of the group makes a comment about the timing of an attack feeling suspicious–something that many of us feel when a mass shooting takes place at the worst possible time for a mass shooting to happen from a political standpoint–and suddenly it’s not just that Pratt thought it possible that there was more to the story, but the entire organization is built on a foundation of conspiracy theories?

Yeah, sure. I totally buy that.

If you buy it, I’ve got a bridge to sell you.

However, maybe we should be a little suspicious of the messenger. See, let’s take a look at their name, Colorado Times Recorder. Sure sounds like your run of the mill local or state-level newspaper, right?

Only, it’s not. It’s a progressive blog. From their own about page:

We aim to be fair and accurate. Our work has a nonpartisan, progressive orientation, which means we emphasize coverage of Colorado stories that advance or illuminate the progressive values of freedom, justice, responsibility, opportunity, and equality.

In other words, there’s an inherent bias in their “reporting.”

Now, that’s fine. Bearing Arms has an inherent bias in what we report as well. The difference is that with a name like Bearing Arms, everyone and their brother can guess what that bias is. We’re not trying to hide it by using a name that suggests a news outlet rather than a political blog.

As a result, people will see this hit piece on Boebert–who apparently scares the crap out of them–and think the Gun Owners of America is out there screaming about black helicopters, cattle mutiliations, and the New World Order coming to scan your brains rather than the staunch defenders of the Second Amendment we all know them to be.

Frankly, even if that were true, the Colorado Times Recorder writer completely and totally failed to make the case. Larry Pratt said something back in 2012 and that’s the only link you have when it was his son who issued the endorsement? Pathetic work, really.

The truth is that the progressive wing of the Democratic Party is terrified of someone like Boebert and they’ll do anything to try and prevent her from winning the election. That seemingly includes defamation, apparently. 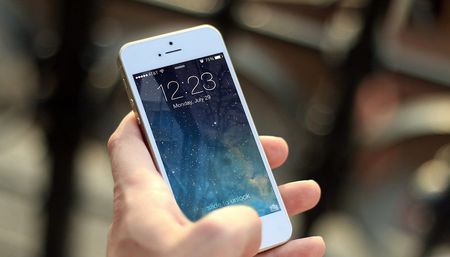