Major sweep for illegal gun in LA is underwhelming

Los Angeles has a crime problem. Every major city does these days, and for such an anti-gun city, it’s unsurprising they’re focused on firearms.

It seems law enforcement has just conducted a major sweep lasting several days in an effort to get illicit firearms off the streets.

Now that it’s over, law enforcement is bragging.

Authorities seized more than 100 guns in Southern California as part of a five-day sweep to remove firearms and ammunition from people who are no longer legally allowed to own or possess them.

In a city of almost 4 million people, with a homicide rate that’s the highest it’s been in years, and days of a major sweep to try and solve that issue, police could only come up with about 100 guns?

In fairness to law enforcement, there’s not much more they could do. The problem isn’t so much the guns in criminal hands as the criminals themselves. While they arrested 13 people–again, a city of almost 4 million people–they likely missed thousands of others simply because they didn’t make it on the police’s radar.

But that’s the problem with focusing on guns rather than people.

Let’s say all 13 of those people go to prison. Let’s assume all are illicit gun dealers as well rather than people who were just there or who had guns simply for their own ownership.

Do you really think that’s going to make an impact? One of their competitors will step up and fill that void and fill his or her pockets. The criminal underworld won’t miss a single beat.

What’s more, the law enforcement community of Los Angeles likely knows it. They know they accomplished nothing.

So what should they do?

Well, for starters, you’ve got to focus on the fact that the issue with crime is criminals. Getting people off that particular track and onto the straight and narrow will do far more to benefit the city than any sweep for guns ever could.

Couple that with efforts to prevent new criminals from being formed out of these same neighborhoods and you might actually reduce crime without having to interfere with people’s right to keep and bear arms or with having to hunt for illegal firearm dealers.

But that’s difficult. We’re still only scratching the surface of methods to try and accomplish just that, so rather than do the hard work, we get officials calling for useless endeavors like this. Why? Because it lets them look like they’re tough on crime without actually doing anything about crime.

That’s what happens in every city in the nation and will continue until someone has the courage to try and find a better way.

Once they do it successfully, others will be glad to follow, but until then, we’ll get useless gestures that continue to demonize the gun rather than the people who misuse them. 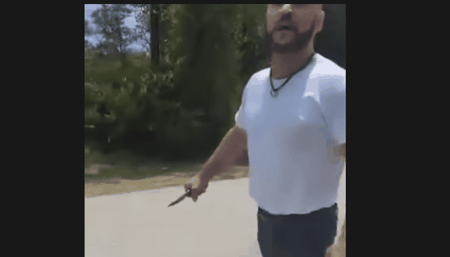