A pair of robbers didn’t get the easy score they were expecting when they hit a Houston fireworks stand Tuesday night around 10:00 PM. Instead, one of the robbers got “lit up”  himself when an employee pulled a gun and opened fire.

“They told him we want the money and he tried to talk him out of it, so he said ‘I have to go to this little room and get the money’,” said Richard Treichel, who owns the fireworks stand.

At that point the employee grabbed his own gun and started firing at the crook. He was shot in the face, wrist and back, then rushed to the hospital via Life Flight in critical condition.

The employee was not injured.  “I’m just very glad he didn’t get hurt,” Treichel said.  “He’s a nice guy and he didn’t deserve this.”

Treichel has been in the business for about 25 years and says this has never happened to him.  But investigators say there have been several robberies at fireworks stands in the area over the past several days.  They believe the two men involved in this latest incident are linked to those robberies.

You’ll note that authorities think that the robbers involved were linked to a string of similar robberies, and that the fireworks stand employee ended the crime spree when he put one of the criminals on the ground with three gunshot wounds.

It is not uncommon for armed robbers to settle into a pattern of attacks and to keep using that same modus operandi until they either are caught, or run into an unwilling victim and either the robber or the target comes to a quick end. All too often, it is the victim of these crimes who are killed or injured, and so we’re relieved that this crime spree came to an end with the critical wounding of the criminal instead.

You’ll note that unlike other businesses who take a dim view of their employees defending themselves against criminals, Richard Treichel, the owner of this fireworks stand of more than 20 years, was supportive of his employee.

We’ve been unable to get an update on the condition of the injured criminal, which suggests that he’s not taken a turn for the worse.

The getaway driver abandoned his partner, and fled in a green Ford Mustang. 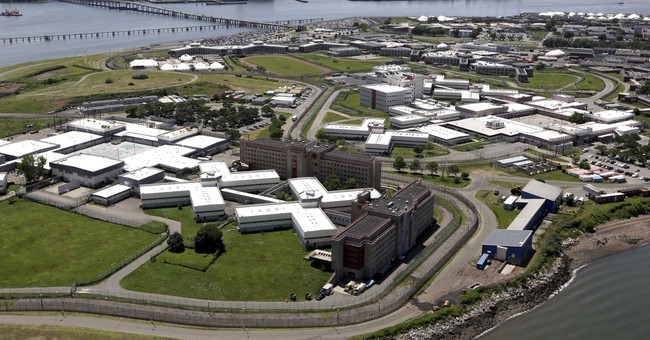 Over 100 Inmates Released From Rikers Busted For New Offenses

Over 100 Inmates Released From Rikers Busted For New Offenses