From time to time, we’ll post an article on methods of handgun carry or training, and someone will mention in the comments that they take the “extra” safety step of carrying their defensive handgun with an empty chamber.

Proponents of empty chamber carry are typically open carriers, but there are a few concealed carriers that espouse this practice as well.

No one learns anything.

Let’s try to rectify that.

There are two primary reasons that empty chamber carry is “a thing.”

Apocryphally, I suspect that many of us have heard that empty chamber carry started in the early days of single-action revolvers, before the age of transfer bar safeties.

These early revolvers had to be carried on an empty chamber because otherwise the firing pin was resting directly on either the percussion cap or primer of the chambered round. Even a minor blow to the hammer of these older revolvers (and some slightly more modern semi-autos) could cause the gun to discharge, even while holstered. This could result in wounds that may lead to relatively minor surgery and rehabilitation today, but which would have likely meant a slow death from infection in rural parts of the country in the 19th Century.

Amusingly, the practice of carrying “five beans in the wheel” is still aped by some shooters of modern single-action pistols who don’t understand how their firearms work, or grasp why the practice was necessary a century ago, but more or less irrelevant with modern firearms.

The other reason people empty chamber carry is because of military training, both foreign and domestic.

Handguns are more or less an afterthought in the modern militaries of the world, and that is very true in the United States. Force-wide handgun training simply doesn’t exist, and MOS-specific or unit training with handguns is cursory at best for all but the most elite units.

Because those few non-elite servicemen and women issued handguns receive so little training, the military is very concerned about minimizing injuries due to negligent discharges. The majority of those few troops issued handguns as backup weapons are told to carry them either on an empty chamber not because it is viable in a fight, but because it’s the best way to keep a corporal on garrison guard duty from shooting himself or someone else.

For reasons I’ll never understand, this empty chamber carriage has become known in some circles as “Israeli carry,” and promoted as a superior way of carry.

The people pushing this don’t seem to grasp that most Israeli troops carry their weapons with empty chambers (and magazines out) because they are are largely a conscripted army, with very limited training. Israeli military leaders want their troop carrying handguns with an empty chamber for the same reason American commanders do: derp is a universal problem.

Those few units of the United States and Israeli military who do use handguns extensively have the requisite training, and guess what?

They carry their pistols with their chambered loaded.

The human mind is a powerful tool, but it isn’t objective. People are going to believe what they want to believe, unless you can provide them with a compelling argument that their view is flawed. I am relatively fortunate in that I’ve been to enough firearms training to know that my ignorance is deep and wide.

My education on “real” gunfighting came a year ago, courtesy of John Boyette of Trace Armory Group. He invited me to an event in which force-on-force scenario training was a major component, and it was an eye-opening experience (my bold below).

The defending student was armed with an airsoft pistol in an inside-the-waistband holster, and would be expected to “act appropriately” to the appearance of an unexpected person or persons.

In some scenarios the opposing role-player was nothing more than a curious person engaging the defender in conversation. In others, they were intent on an all-out attack with a handgun, knife, or blunt object. In other scenarios, the assailant was informed to react to the defender, and only to attack if the defender gave them an opportunity, letting the opposing player get close enough to use a knife or bat.

While not perfectly mimicking real life, the course quickly informed every student that shooting at paper targets from a static position is poor preparation for a real life defensive scenario.

In the 70-plus scenarios I saw acted out, the defender had the opportunity to establish a classic two-handed firing grip just once; the rest of the engagement was typically one-handed hip shooting or point shooting with only the rare use of sights.

In many scenarios, the defender was using their support side hand to ward off attacks that often didn’t develop until opposing players were an arm’s length away.

What I discovered at that class has carried with me as I’ve watched security camera, dash camera, and body camera footage of real-life violent crimes over the past year.

While proponents of empty chamber carry have convinced themselves that they’ll have the second or two needed to use both hands to chamber a round in a deadly force scenario, the really of the matter is that the “fight” occurs with no warning, and it isn’t a “fight” at all. It’s a blind-side, an ambush, and you are almost certainly going to leave the incident with significant physical wounds.

These ambushes are chosen by the attacker when it suits them and they have the advantage. They are going to hit you with immediate and overwhelming violence that you aren’t used to seeing, to crush you in body and spirit. The outcomes of thus kind of incidents, once the attack begins, is typically determined in that first 2-3 seconds. It is often over in 2-3 seconds.

If you are going to survive, you need your handgun to be loaded from the start.

I’m sure that I have more than one or two open carry proponents who are shaking their heads back and forth as they read this, firmly in denial. That’s fine. I fully expect that.

You don’t have proof in my mere words.

So I ask you to look at the following video with an open mind.

There is no ominous theme music playing softly in the background, and no mood lighting. It’s a normal day, possibly turned into the last day of your life.

In this scenario, the man goes from being a non-threatening, low-key trespasser to a man with a gun in your face in less than two seconds.

If you watch this and think that you’ve got the time to draw you guns, use both hands to chamber a round, and assume a firing position before he empties the magazine of his gun into you, you need to watch it again.

I don’t know of a single full-time, professional defensive firearms instructor who promotes empty chamber carry, nor any law enforcement agency that would require this of their officers.

So here’s my challenge to you.

If you are a proponent of empty chamber open carry, go and take an actual defensive handgun class for a full-time, professional defensive firearms training instructor.

I’m not talking about a firearms safety-focused class from an NRA instructor, but an actual gunfighting course. If you can find one with scenario-based training, featuring real, live opponents in “shoot/don’t shoot” scenarios with airsoft pistols or man-marker rounds, that’s even better.

When you emerge on the other side of that class, I suspect that you’ll find that your perspective on open-chamber carry has changed radically.

People who have adequate training, and/or who have seen just how fast a seeming everyday interaction with a stranger can turn into a lethal force ambush, don’t empty chamber carry.

They’ve seen that when hundredths of a second in reaction times is the difference between life and death, that the several full seconds you need to draw, load, with both hands, and present your weapon is an eternity that you simply don’t have if you expect to live. 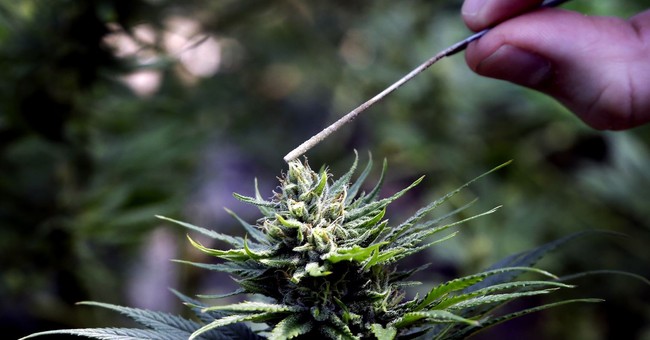